CTN: Where Are The Real Nigerian Manufacturers?

The recent statement that the Manufacturers Association of Nigeria (MAN) and some stakeholders in the maritime industry have formed a pressure group to protest the re-introduction of Cargo Tracking Note (CTN), attributed to Dr. Frank Jacobs, the new president of MAN has ignited some fire in some quarters and raised too many questions.

Meanwhile, President Mohammed Buhari has demanded to know why the full implementation of CTN has not taken- off as he approved for November 3rd 2015. President Buhari, having been briefed of the full benefits of CTN recently ignored the request for its cancellation by the former head of Interim National Government (ING), Chief Ernest Shonekan, who anchored his argument against CTN on how it increases the cost production for members of MAN. Shonekan had gone to see Buhari on a private visit during which he raised his concern against CTN as the Chairman of APM Terminals Limited, a subsidiary  of Maerskline, one of the major multi-national shipping lines operating in Nigeria and a major opponent against the re-introduction of CTN in Nigeria and West-Africa.

President Buhari’s response simply alerted Shonekan and members of MAN that the re-introduction of CTN now called Advanced or International Cargo Tracking Note in Nigeria is a fait accompli.

Following the take-off approval for November 3rd, last year, a period of one month, starting from November 3rd to December 3rdwas given to all maritime stakeholders for full compliance. Within this period, over 6000 stakeholders complied, with the Central Bank of Nigeria (CBN) dedicating a Treasury Single Account (TSA) to the project being facilitated by the Nigerian Shippers Council (NSC). The collection of the various categories of levies as agreed have since commenced by the operators who are yet to move into the ports across the country and border stations as the final phase for full compliance and implementation.

These levies that will not be borne by importers but shipping lines are: $25 per container; $10 per vehicle; $0.2 per unit of break bulk; $1 per ton of imported cargo as CTN. As a step towards compliance, all import and export cargo are to obtain Entry Summary (ENS) or Exit Summary (EXS) Numbers under the CTN.

Many Nigerians and maritime stakeholders are not surprised at the alliance between MAN and the Shipping Association of Nigeria (SAN), umbrella association of major shipping lines operating in Nigeria, which has consistently posited erroneously that the cost of CTN would be borne by importers.

Since 2010 that the Federal Government scrapped the former CTN regime, shipping lines continued the collection of the CTN abolished levies under different forms of surcharges, which are: Congestion surcharges, 15 euro in weight and measurement (w/m); freight tax 3 euro; extra risk insurance, 7.50 euro; low sulphur 2 euro; and then other discretional charges under Bunker Adjustment Factor (BAF) and Currency Adjustment Factor (CAF). These are levied across all Nigerian ports.

But at the wake of the ICTN discussion and re-introduction, the shipping lines suspended congestion surcharge and freight tax on cargoes routed to Lagos Port Complex (LPC) and Tin Can Island Port (TCIP) and then imposed at will on Nigerians ICTN levy of 3 euro per w/m, a charge different from all the earlier listed administrative charges of ICTN as approved by the NSC. This 3 euro per w/m took effect December 1, 2015.

Meanwhile, can the shipping lines account for all the surcharges collected from Nigerian shippers since 2010 till date? Available record from Shippers’ Council shows that between 2013, 2014 and up till second quarter in 2015, the Nigerian economy lost 2, 689, 546, 302.50 euro, representing N672, 386, 575, 750 (over N672 billion). This is what was painfully fleeced off Nigerian importers by SAN members, available data has shown.

To put the record straight, however, going by the assertion credited to the MAN’s President that NSC lacks the justification to support the re-introduction of CTN because it did not support the scheme originally, NSC superintended the coming of the CTN in Nigeria through the Union of African Shippers’ Council (UASC), which held series of meetings in various African countries. Therefore, NSC only observed, then that its implementation was not right, especially as the charges were high and were charged differently from the existing charges by the shipping lines. The new ICTN only attracts administrative charge of $25 per container, a cost which has been taken care of by some of the abolished cost of freight and the obligatory Cost, Insurance and Freight (CIF).

The question remains, however: Where were members of MAN when shipping lines imposed all manners of illegitimate surcharges on Nigerian importers as cost of freight?

MAN, in one of its numerous media statements claimed credit for stopping CTN implementation in 2010, but failed to tell Nigerians that over N670 billion left the economy as capital flight afterwards. This smacks off serious suspicion of accomplice on the part of MAN against the economy, especially against a renewed alliance with the shipping lines to protest the re-introduction of ICTN which is a check on fraudulent practices by importers, among whom are members of MAN. ICTN checks under-declaration or outright concealment of import, which are common trade crimes in the port, with the ultimate consequence being loss of revenue by the Federal Government. ICTN ensures safety of cargo and security of every cargo coming into the country, and reduces delay in cargo shipment. It is envisaged that it will reduce cost as importers will no longer suffer payment of extra cost for freight after initial payment of the professional cost under Cost, Insurance and Freight (CIF) obligation to shipping lines. This is one absurdity that the port regulator, that is, NSC has been worried about. The Chief Executive Officer of NSC, Barr. Hassan Bello, has severally complained that shippers pay more charges after the obligation of CIF payment to bring cargo into the country.

The reason members of MAN are bent on ensuring that ICTN is jettisoned in alliance with shipping lines may not be far-fetched. For the shipping lines, efficient and effective cargo tracking mechanism could stop them from under-paying the port administration agencies on the right tonnage of cargo. So, cargo tracking means time for declaration of correct manifest and ship tonnage, thereby reducing the level of capital flight by shipping lines and increase the quantum of the Internally General Revenue (IGR) for the Federal Government from the port. Do you see why the shipping lines can buy anybody to fight the ICTN? Now, how did they find a good ally in MAN?

The economy loses several billions of Naira annually through the activities of members of MAN. It is important to ascertain how many genuine manufacturers there are and how far they have been contributing to the growth of the economy. What positive impact have they made on the economy since 1999? On assumption of office in 1999, President Olusegun Obasanjo’s government presented “manufacturers” with bonanza of incentives to enable them play active role in the economy. He gave them duty concessions, value added tax exceptions,   duty waivers, zero duty importation of machineries and raw materials as well as cancellation of excise duty on manufactured goods, except alcoholic beverages. There were other incentives in form of schemes such as the manufacturers-in-bond scheme, duty drawbacks, negotiable duty credit certificate, and of late under President Goodluck Jonathan, exemption from examination of cargo at the port. All these were aimed at increasing capacity utilization and gross domestic product (GDP) of the economy.

Sometimes, too, import duty prohibitions are placed on some products or articles which the government considers as luxury and can be produced locally by the local manufacturers. There have been import prohibitions through forex restriction like the existing case of 41 products, ostensibly to aid the growth of local/infant industries.

Before the recent statement by President Buhari’s government that there would be no duty waivers anymore, quite a large number of industrial concerns, both in the manufacturing and assembling sub-sector have been operating under this bonanza which has been exploited and abused in many ways:

Completely Knocked Down (CKD) components/spare parts: Government gives import duty concession to a number of companies which are recognized assemblers or manufacturers of some articles, appliances, or machines, to import the CKD components with the aim of assembling them or combining them with some manufactured locally. Instead of importing CKD components, some beneficiaries import fully built or spare parts for the machines or appliances and declare them as CKD components and assess them for duty purpose as such, using their letters of approval as cover. Examples are automobile marketing companies; CKD motorcycles, fridges, generators, fans, etc. This results in substantial revenue loss that would have accrued to the government. MAN members can’t continue this impunity under effective ICTN operation!

Finished articles as raw materials: Some manufacturers are allowed to import some finished articles which form the bulk of their raw material. While issuing such approvals, cognizance of the description, appearance, applicability, and compatibility with their production machine are not taken into consideration. Therefore, in most cases this results in the wrong item being approved for concession. Many of such manufacturers deliberately imports galvanized sheet, as cold rolled sheet, iron rods in place of wire rods, etc.

There are numerous other ways in which manufacturers abuse government’s concessions and waivers but the focus of this piece is the function of ICTN in checking their excesses. MAN should purge itself of these leeches and should be more concerned with public advocacy on demanding infrastructure from the government, provision of steady power for industrial utilization, reduction of multiple taxation, promotion of export and reduction in progressive terminal charges at the port and the Shipping Line Agency Charges (SLAC) which have been described by the port economic regulator as illegal charges.

Manufacturers are yet to explain how the paltry administrative charge of $25 per container will increase the cost of production in industrial process in Nigeria. The prevailing forex restriction challenge is a key problem to raw material importation and skewed cost of domestic production, a factor big enough to preoccupy the attention of MAN instead of working against national security and legitimate revenue generation mechanism at a time financing the national budget is becoming impossible. MAN claimed it will add to the cost of procuring raw materials, but cannot prove it scientifically, yet. They are rather scared that it will reveal the real identities of their import-finished goods as raw materials, which has been the norm and make customs officers to feed fat at the port at the expense of the nation through issuance of Debit Notes (DN). The question remains: who are the real manufacturers, where and how many are they?

By Kingsley Anaroke, the publisher of Maritime Management Series (MMS Plus) Newspaper 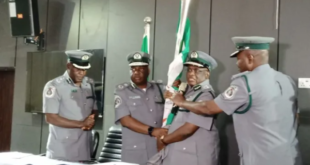 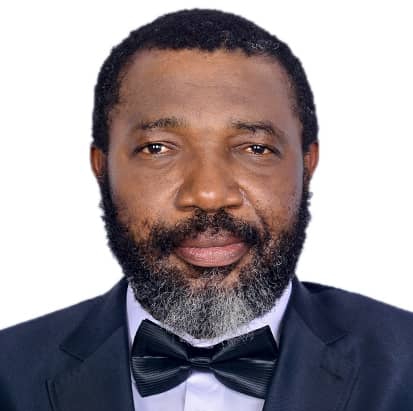 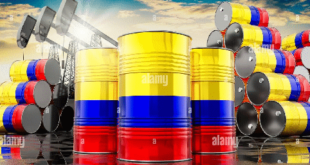 By Gordon Gao, Asian Economic Analyst More often than not, digitalisation and digitisation are two …