The Registrar of the Council for the Regulation of Freight Forwarding in Nigeria (CRFFN), Barr. Samuel Nwakohu was engaged for the job without an application letter, curriculum vitae or degree certificates.

Aggrieved members of staff at the Council revealed this in a petition sent to the Chairman of the Governing Council of CRFFN and the Ministry of Transportation, even as they accused the CRFFN Registrar of several financial misappropriations and discrimination against men.

Part of the petition read, “Nwakohu was employed without credentials to support his claimed educational qualifications and experience. At this moment, he has neither Curriculum Vitae, Application Letter, Degree Certificate (eg. O/Level, Law Degrees, Letter of ‘Call to Bar’, Law School, National Youth Service Corps (NYSC) Certificates in his file.”

The petition stated that Nwakohu was not even a candidate for the job as he never applied for the advertised position of the Registrar of CRFFN.

“The position of Registrar of CRFFN is a career position, which is carried out by the Governing Council through competitive advertisement. The Letter of Appointment is signed by the Council Chairman and not by the Secretary to the Government of the Federation (SGF) as in the case of political appointees. Under this circumstance, the provisions of the Public Service Rules Section 020810 (i, ii, iii, and iv) which pegs the qualifying age limit between 18 and 60 respectively are applicable and relevant. At the time of his appointment (which was wrong and illegal) Nwakohu was far above 60 years. Sir Mike Jukwe retired when he attained the age of 60 as provided in the PSR (020810). This situation has set precedence for subsequent appointments.

“Nwakohu also confirmed his nonqualification for the post of Registrar on the ground of wrong age in his affidavit (attached as Appendix A) where he declared his date of birth to be 15th September, 1955 confirming that he was sixty three (63) years at the time of his wrongful appointment contrary to provision of (PSR 020810). The appointment further contravenes PSR 020205 (a) Submission and scrutiny of relevant Credentials: Contrary to recruitment procedure in public Service where all relevant credentials are submitted before interview/exam date, Nwakohu submitted his age declaration on 21st February, 2019; three weeks after his recruitment/assumption of office on 1st of February, 2019.”

Nwakohu was also accused of several financial misappropriation and specifically to have single handedly organized a fake training for selected CRFFN officials that cost N109million.

“The N109million was paid to ADG International Resources (his proxy), a construction company from Rivers State without Parastatal Tenders Board (PTB) approval. All procurement processes were ignored in order to favour this company. The course fee charged per each participant was as follows: Module 1 at N1.1million and Module 2 at N825,000.”

Following the top issues raised in the petition, last week the Transport Ministry interrogated the CRFFN Registrar, and the President of African Association of Professional Freight Forwarders and Logistics of Nigeria (APFFLON), Otunba Frank Ogunojemite has called for transparency and public briefing of findings after the Ministry concludes its investigation over alleged financial misappropriation and misconduct by Nwakohu.

The President of APFFLON, Frank Ogunojemite who disclosed this while briefing newsmen in his office in Lagos on Tuesday expressed gladness that the Registrar has been asked to defend himself on the allegations against him which has really affected the efficiency of CRFFN.

Ogunojemite who equally thanked the Minister of Transportation, Hon. Chibuike Rotimi Amaechi for allowing the Permanent Secretary of the Ministry to wade into the allegations, stated that the news is a welcome development for stakeholders in the Nigerian maritime sector.

The APFFLON boss maintained that the CRFFN Registrar shouldn’t only be sacked if found culpable but also made to face punitive measures under the law.

“We are all aware of the allegation of misappropriation of funds and how the Council is being run generally that is not helping our industry especially before and after the Covid-19 pandemic where we were facing a lot of trouble in the maritime industry of which we expected our Council to be of help. So, a lot of allegations were being leveled against him ranging transfers and lack of capacity building that we expected from him which have not been done.”

“We will love to see the investigation process made public and let us know what is being done so that justice can be seen as served so that at the end of the day, the outcome of the investigation can lead to the improvement and efficiency of the Council,” the APFFLON boss said.

Ogunojemite also called for a periodic assessment of not only the CRFFN but the entire agencies of government in the maritime sector by the federal government with a view to improving the sector so that Nigeria could take its rightful place in the comity of maritime nations.

Efforts to reach the CRFFN Registrar to get his response on some of these issues were futile until presstime. 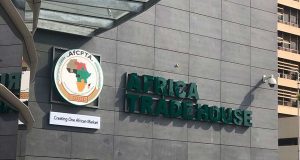 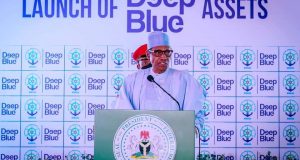 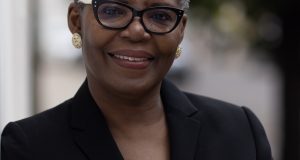 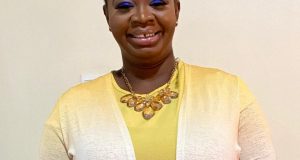