CRFFN Practitioners’ Fees: What Is ANLCA Up To?

The once rosy relationship among the various freight forwarding associations in the maritime environment may soon go sour as the Association of Nigerian Licensed Customs Agents (ANLCA) has through the leadership of the association directed its members to the recent notice placed by the Council for the Regulation of Freight Forwarding in Nigeria (CRFFN) that it would commence the collection of practitioners fee, last week.

Recall that the Council had recently given a public notice for the commencement of the Practitioners’ Operation Fee (POF) collection to which one week notice was given.

The Notice read in part, “In exercise of the powers conferred on the Council for the Regulation of Freight Forwarding in Nigeria under section 4 (d) and 6 (2) (C) of the CRFFN Act No 16 of 2007, notice is hereby brought to all registered freight forwarders; all seaport terminal operators; all airports cargo terminal handlers and the general public that the collection of practitioners fee by the council commence on Monday 11th May”.

In a press statement by the National Publicity Secretary of ANLCA, Dr. Kayode Farinto, the reason for the directive was said to be given to avoid a situation where CRFFN will further increase the cost of doing business in the port.

But according to some of the associations’ leaders, there is more to what meets the eyes about the matter. They believe that ANLCA is too self-assuming alleging that it is the press that gave them the hype which makes them to think they are above board.

According to the communique issued and signed by Dr. Farinto at the end of National Executive (NECOM) meeting, an eight man committee was inaugurated to

The five accredited freight forwarding associations in the port had severally met in meeting to decide the collection of the Practitioners’ operating fees during when they arrived at a sharing formula.

However the sudden twist by ANLCA not to be party to the collection of the fee which was a directive of the Minister of Transport has been seen by many as an outright deviation from the laid down directives of the government.

According to some of the leaders of the associations that spoke with our correspondent, they condemn the decision of the ANLCA to withdraw from the consensus all the associations unanimously reached.

Some of the speakers said that ANLCA collect some fees in the port and that the fee was enormous that is why they have refused to allow CRFFN to collect the fee as they wish to enjoy all the goodies in the port alone.

Recall that before now, CRFFN and the associations had agreed on a percentage to be collected as practitioners’ operating fee but CRFFN would not buy the idea of deducting their percentage from the source as suggested by ANLCA which led to the disparaging of the fee collection at that time.

It was also alleged that ANLCA had at that time wanted CRFFN to edge out some of the associations which factored the problems that pervaded the arrangement then.

Eugene Nweke is the National President of NAGAFF; he stated that he does not al8ign with the ANLCA purported disembarkment from the said agreement reached by all in a joint meeting of all the associations.

His take, “Foremostly, it is important to reinstate that in the past six years, all of us as responsible leaders had collectively pursued with possible vigor for a government approval of the POF.

“it behooves on us to complement the government efforts at reforming and regulating the freight forwarding profession in Nigeria. Having come thus far, I must say that I have strong reservations on the said ANLCA communique, this is against the background that we have with leadership which is anchored on a collective resolve and quest to empowering and positioning the freight forwarding profession in all ramifications via sustained capacity building.

“I won’t be in a haste to conclude that the communique as retorted in some quarters, that it is a bloated ego, internal wrangling, power or supremacy tussle, antagonism, suspicions, distrust, disrespect betrayal to its constituted leadership, self-centeredness in posture occasioned by deceitful administration style,” he said.

He therefore said that there was more that met the eyes and would not want to align himself to the positions even as he quipped that the said communique does not represent the true position of well-meaning elder statesmen of ANLCA.

He added, “The communique therefore is seen by major freight practitioners as a calculated attempt to cause professional ripples and industry uneasiness.”

Speaking with the National President of Association of registered Freight Forwarders (AREFF), Frank Ukor, he said that his members were not privy to the decision by ANLCA to back out of the arrangement.

He said, “We are not part of it, we are going along with CRFFN. I don’t know why they decided to disregard government directive; it is not good at all.

Referring to the alleged fee they said ANLCA was collecting in the port, Ukor said, “They are the ones that have been enjoying all the goodies, they don’t want CRFFN to take part of it.

“After agreeing, they suddenly decided not to follow the directive anymore,” he added.

In his words, “We are in support of CRFFN and regulation by CRFFN according to the Act that establish them,” he therefore said that the association was not part of the ANLCA decision.

He said, “It is best known to ANLCA. At NAFFAC, we are not to say what should be and what should not be. We are in support of ministerial directive to carry out the regulation and that is what we stand by.”

Visibly not in support of the decision of ANLCA, a factional President the National Council of Managing Director of Customs Licensed Agents; Chief Eric Ejiofor said that ANLCA’s move was a direct negation of the directive of the government in respect of the practitioners’ operation fees.

In his words, “I have directed my members to pay fully as directed by the Minister. ANLCA is doing that in defiance to what the government said they should do.”

He lamented the undue publicity given to ANLCA by members of the press which he said has given them the ego they currently display.

“You people keep praising them (ANLCA) as the largest and that has gotten into their heads. So, because of their collection at the port, huge amount of money, they cannot easily give it up because that is what they use to do all they are doing,” he remarked.

All efforts to reach the Publicity Secretary of ANLCA proved abortive as all calls made to his mobile phone were neither taken nor returned as at the time of filing this report.

ANLCA must definitely have a good reason for backing out from the concession earlier reached with other associations and CRFFN. Until the association has concluded its investigation, one cannot fathom why it decided to renege on its stand on an agreement it participated in taking.

From the takes of all the stakeholders in the freight forwarding sub-sector who spoke with us, they all point at one thing that ANLCA is doing this without the support of any of them but what may be the outcome of the squabble cannot be determined by anyone.

But is it true that ANLCA does not want to lose the chunk of what it collects from its members or that the sharing formula is what the leadership of the association is not comfortable with? 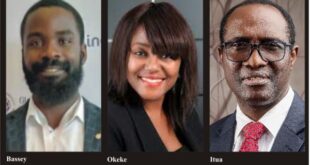