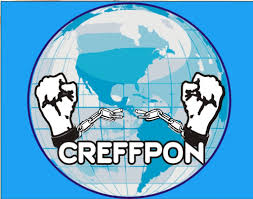 The Congregation of Registered Freight Forwarding Practitioners of Nigeria (CREFFPON) has hinted that the impending Governing Council elections of the Council for the Regulation of Freight Forwarding in Nigeria (CRFFN) could be hijacked by the immediate-past members who are yet to relinquish assets for their respective offices.

CREFFPON raised these concerns in a letter addressed to the Ministry of Transportation, noting that despite the expiration of the former board members tenure in November 2020, the chairman and some members still move about with vehicles and other assets that give the impression that the emerging elections is mere formality.

“Going by the ideal administrative provisions at the end of each tenure of the governing council , official vehicles allotted or assigned to designated members of the governing council are to be returned officially to the management team, but this is not the case as both the the immediate past governing council chairman and designated council members stills uses their branded vehicles at their convenience, implying that their earlier insistence of a 4 years tenure and their open objections to the court ruling of 2 years tenure for prevails, even as their re-elect soft copy posters trends virally in the industry social media platforms, campaigning with impunity ahead of the candidates screening and publications of qualified candidates lists by the electoral committee,” the letter read in part.

The group also noted that one of the accredited association boasted of wining 10 seats out of the 15 seats provided for the election contest, and has set aside a hundred million naira for the purpose of prosecuting its winning strategy.

“Beyond this claim other associations and interested parties are suspicious of a possible internal behind the scene arrangement with the said associations to effect of being too assured of the 10 seats as it claims,” CREFFPON said.

The group also said it undertook an assessment of the ongoing registrations process at the various headquarters registration centres of some of the accredited associations and discovered; “massive recruitment of non practitioners suspected to be streets urchins was observed leading to investigation of the registrations process.”

“Bulk payments are made to the provided account, and depleted as soon as the corresponding numbers of individual registrations is consummated, then another bulk payment will be made. It was discovered that, no format of screening standards was integrated to the registrations process, the system is open to all persons of no particular recourse as no form of prerequisites for professional registrations is required.”

“Ideally, a registration process into the Register of the Freight Forwarders entails either by professional accademic qualifications or by letter of indemnity letter stating qualifications by practicing experience of at least 5 years written and signed by a Chief Executive Officer of a registered corporate firm with the CRFFN. Unfortunately, the present process presents an all comers affairs mainly tailored for an electioneering process objectives and afterwards , the Register of Freight Forwarders soars up momentarily and later suffers statistics distortion, making it a two election year reoccurring rituals, with thousands later to be recorded as non yearly subscribers.”

“All of these further buttress the existing suspicions of a hatched political moves to returned the immediate past governing council members back to complete an erroneous conceived 4 years tenure, whereby suggesting that the electoral Committee seems to be executing an arranged script. Honorable Minister, sir, your urgent attention and intervention over critical concerns expressed by the practitioners can not be over emphasized.”

“Please help to save and preserve the sanctity of the Freight Forwarding profession in Nigeria. Above all the needs to douse all expressed suspicions is purely your administrative honor and responsibility,” the letter signed by the Desk Officer for CREFFPON, Comrade Edwin Chukwudire Obi, stated.

CILT Takes Transportation, Logistics  Innovation To The Next Level

FG Declares Dala IDP As Port Of Origin And Destination