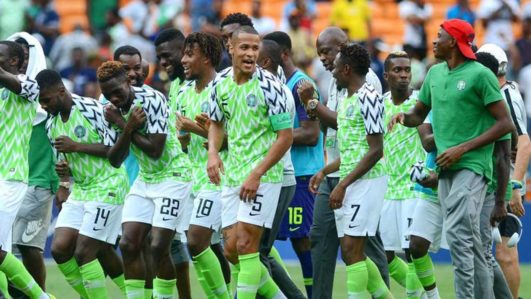 Super Eagles’ international friendly games against the Elephants of Cote d’Ivoire and the Carthage Eagles of Tunisia billed to hold in Austria next month could be cancelled or moved to another country if the current rise in COVID-19 cases persist in the European country.

According to reports from various international media outlets accessed by The Guardian, Austria has started a second wave of coronavirus infections. The country’s chancellor on Sunday urged citizens to comply with reinforced rules to keep low the numbers, suggesting that companies keep employees working from home if possible.

From Friday to Saturday last week, the nation of nine million people reported 869 new cases, more than half in the capital of Vienna, the highest daily figure since late March.

Austria had a relatively successful first phase of the pandemic, but has joined other European countries in seeing a rise in infections in recent weeks.

Chancellor Sebastian Kurz announced at the weekend that the government would re-impose measures such as mandatory mask-wearing in shops, warning that the mark of 1,000 daily cases would be reached within a few days if the virus continue spreading the way it is now.

“What we are experiencing at the moment is the beginning of the second wave in Austria,” Kurz said after a government meeting with employers and workers representatives in Vienna.

About half of the new infections are in Vienna, the capital, but infections are rising across the country, Kurz said. He noted most people are getting infected at family gatherings, birthday parties and other private events, but added, “these infections are often taken to work.”

Austria, which has about 8.9 million people, has recorded more than 33,000 infections and seen 750 virus-related deaths. Experts say all numbers in the pandemic are undercounts due to missed mild cases and limited testing.

Reacting to the report, Nigeria Football Federation’s (NFF) Assistant Director, Media, Ademola Olajire, said the federation is monitoring the situation in Austria to know possible steps to take if the need arises.

He disclosed that every player and official, including opponents invited for the game, would be adequately tested for COVID -19 before departing their clubs for Austria, adding that they would be subjected to another round of tests on arrival in Austria according to the existing protocol in the European country.

“All technical officials and backroom staff from Nigeria, including Alloy Agu, will join the team in Austria. “We are watching the situation as per rise in cases in Austria, and will do nothing to endanger our players and officials. All the players are based in Europe and will be subjected to the protocols available in their various countries of residence before leaving and on return. They will also be tested according to the protocols in Austria while in there,”Olajire said.

The Super Eagles, who are 29th best team in the world and third in Africa, will battle with the Elephants of Cote d’Ivoire on October 9 and four days later lock horns with the Carthage Eagles of Tunisia, who are the second best team in Africa in a grade A friendly games.