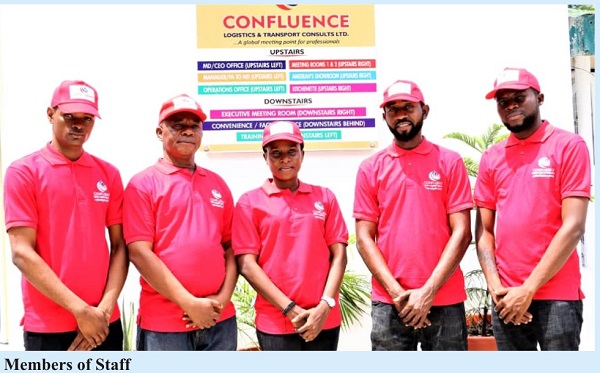 Entrepreneurship is essentially not about the profit margin in an enterprise. Prof. Pat Utomi, a popular Nigerian political economist of the Asian Tigers’ transformational breed lent credence to this when he asserted years back that a sustainable business should aim at creating value not money because money does not create value but value can create money with time.

This is a business success recipe that has endured and so has become incontrovertible in reality.  It is therefore safe to conclude that this is where value proposition in business strategic positioning found its relevance.  It, however, requires patience, passion and creativity for perseverance  to wait for the value to crystallize.

Hajia Aisha Ali-Ibrahim founded the Confluence Transport and Logistics Consults Limited on the principle of value attracts money.  Her visioning power which has been tested over time in a couple of projects naturally comes with the staying patience, driving passion and the perseverance to achieve success. She has personally affirmed that “ I love new beginnings and the challenges that come with it.”

Ali-Ibrahim resorted to entrepreneurship out of love to impact her environment, lives and develop her state, Kogi State for greater investments when many peers of hers have chosen a lonely and quiet life.  She cut out a defined vision for her new passion which informed her choice for the location of the company’s corporate head office in Lokoja, capital of Kogi State, with a branch office in Lagos. 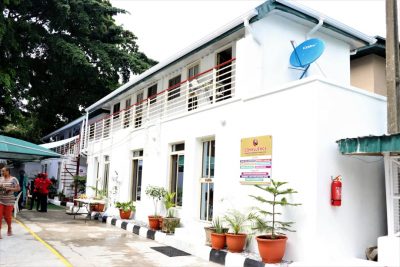 She expressed her weight of patience and value thus:”Apart from the fact that I’m an indigene of Kogi State,  Lokoja has so much untapped opportunities. Kogi state is an export state, for example, Cashew nuts, I think Kogi state is the largest producer of Cashew nuts in Nigeria but there are challenges around that area, if only we can have investors put in money, I believe Kogi state would be a state to be reckoned with. The revenue that would be generated from Cashew nuts alone cannot be quantified.

“Although the only modes of transport to the North are rail and road but from Lokoja itself it’s only road, we also have the NIWA headquarter there so if barges can move all these produce through water from Lokoja to Lagos and Onne port for export that would be a great achievement. So my being in Lokoja is strategic, I’m waiting patiently for opportunities to open up, whatever stage the river port is now, I believe that its completion will open up opportunities. As a professional, I know the river ports are viable.” She said.

The Heart Of Confluence

Other services include, contracts, facilitation of inter-company and company to government relations, riding on its glowing industry network; organize and participate in trade exhibitions; organize business and educational tours; real estate development and management; security consultancy and other related services. 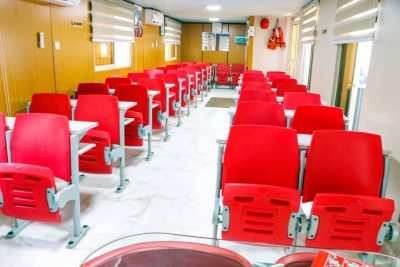 They have their offices located in their properties  in serene environments in Lagos and Lokoja.

Lagos: Is sited on Point Road,GRA, Apapa exquisitely fitted with  an Executive board room with the capacity to  seat  20 participants; Training room –capacity to seat 38 participants; Outdoor space  with capacity for 100 persons.

Up and already on course, CLTC has a modest but strategic 15 members of staff who are professionals with relevant experiences in different areas of the company’s briefs. CLTC has its mission and vision crafted on the heart of customer- centricity  and cost-effectiveness.

Lokoja is the heart of Kogi state which has potent potentials for industrialization, blue and agro-based economy. It can simply be described as a sleeping giant which hosts the nation’s multi-billion naira Ajeokuta Steel Company Limited following its large deposit of  iron-ore and steel. Other mineral resources  deposit are, Coal,Tin,Limestone,Petroleum, Dolomite,Fieldspar, Tar,Bauxite,Gold. It hosts the largest cement factory in Africa, Obajana Cement Factory now own by Dangote Group. Obajana  has the largest deposit of Limstone with reserves of 647 million tonnes expected to last about 45 years. These natural resources are in commercial quantities.

An interesting angle again which is a key inspiring factor for Lokoja as a basis for hosting CLTC head office is the array of agro-based  exportable produce. They include, Cashiew nuts, Sesame seed, Cassava pellet, Palm kernel, Parboiled rice. 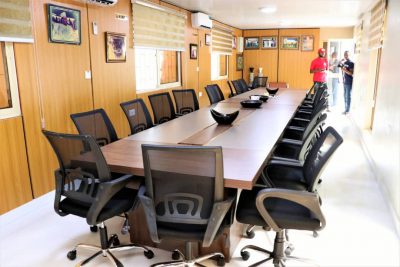 Lokoja hosts a good number of government agencies and upcoming projects that can reposition the town in the near future as an investment  and export hub, with its proximity to Abuja, the capital city of Nigeria. It is just 163 kilometres or 101 miles or about 3hours distance to Abuja.

Lokoja is waiting to explode and CLTC has come to help wake the sleeping giant with network of high networth  investors and institutions.  There is a Nigeria Customs Service(NCS) command in Lokoja, the National Inland Waterways Authority(NIWA) is headquartered in Lokoja, Nigerian Export Promotion Council(NEPC), Nigerian Shippers’ Council(NSC), among others.

Lokoja is one of the ten locations across the country where the Federal Government has sited  an ultra-modern transport infrastructure called Truck Transit Park(TTP). Sited  at Ohunu,along Abuja expressway, it is on a 40 hectares of land,awaiting development under public private partnership(PPP). It is facilitated by the Nigerian Shippers’ Council.

All these agencies showed presence at the official opening of the Lokoja office on February 23rd,2021. While they all paid glowing tributes to Ali-Ibrahim’s courage to brave novelty in Lokoja’s entrepreneurial space, she said CLTC came to Lokoja to showcase untapped opportunities.

Riding on the export potentials, the Kogi State Shippers’ Association has called for the establishment of cargo consolidation centre . With Lokoja River port bordered by Baro River port and Onitsha River port, inland water transportation of cargo to the Northern corridors and Eastern ports of Onne, Portharcourt and Lagos can be seamlessly done when all logistic glitches have been cleared.

Recently, NIWA announced it would begin barge operations on high tide to Onitsha, raising hope for better days ahead.

Ali-Ibrahim is also the Managing Director and Chief Executive Officer(CEO) of CLTC. She retired from  the Nigerian Ports Authority(NPA) as the first female General Manager, Marine and Operations after a meritorious service of 35 years.

She was Traffic Manager at different times in both Lagos Port Complex(LPC) and Tin Can Island Port. She would later become the Port Manager of LPC.

Ali-Ibrahim became a global figure in transport and logistics industry using Women in Logistics and Transport (WiLAT), a gender galvanizing movement and platform of the Chartered Institute of Logistics and Transport(CILT) which she founded and nurtured to growth as the global convener for a decade with presence in many countries. Indeed, her generation drove women inclusion into transportation profession and practice to an amazing height. 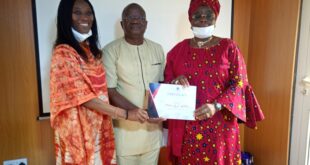 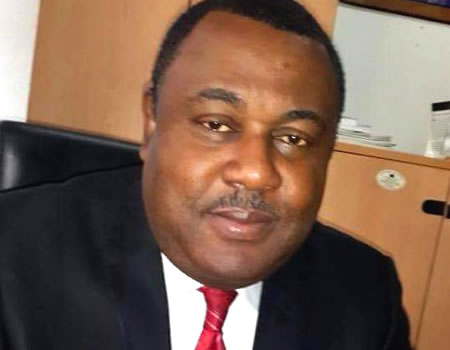 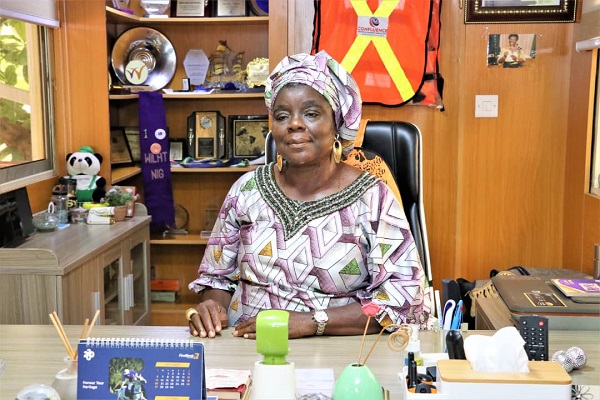 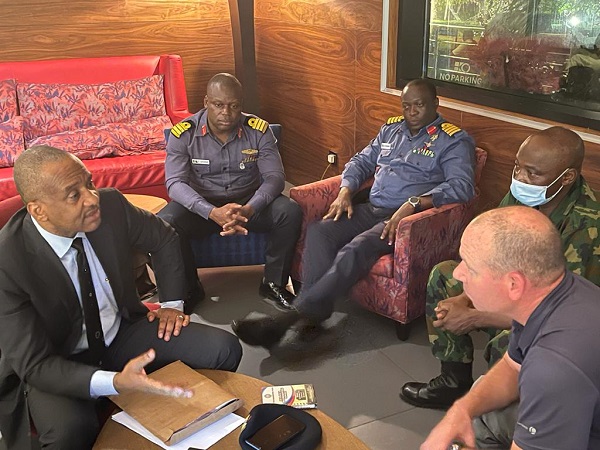 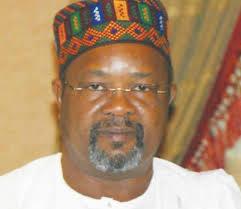