Chevron Gets Ultimatum To Quit Communities If… The Gbaramatu, Egbema and Ogulagha Coastal Communities Front have issued a 21-day ultimatum to Chevron Nigeria Limited to stop all contracts, award/dealings with the Communities’ former Chairman, George Timinimi, or move out of their communities.

In a resolution signed by Barrister Mala, Isaac Gbenewei, Frank Keniye, Profit Omula, Barry Mulade, Tom Abanara, Timi David, Darlignton Agbede, Major Atigba, Cmrd Friday Ugedi, Henry Agediga, Clement Komboye, Capt. Alex Yelemu, Goddy Miebi and Robinson Weimiegbe on behalf of the communities, the oil company was warned to either adhere to the ultimatum or be ready for a disruption of its activities within the three communities.

According to the resolution, the communities in the 21-day ultimatum to Chevron, advised the company to stop all contracts, award/dealings with Timinimi who, they alleged, had held position of leadership in the 11 years and have thus turned his position into a life time inheritance.

The meeting resolved that within 21 days should Chevron Nigeria Limited refuse to adhered to this the communities advice, it should vacate all locations/installations within the three (3) Ijaw kingdoms aforementioned above, that is responsible for about 65 per cent of total Chevron oil production in its onshore and off-shore facilities in the country.

They alleged further that the George Timinimi led Executive of the Gbaramutu, Egbema and Ogulagha Coastal Communities Front had thrown transparency to the wind as it now remained unaccountable and insensitive to the plight of the people in the communities.

According to the resolutions’ document made available to the media, the communities’ representatives claimed that several letters written to the Governor of Delta State, Chevron Nigeria Limited, Director General of the Directorate of State Security Service (DSS), Inspector General of Police (IGP) and all the Security formation intimating them of the alleged narrow-minded nature of the George Timinimi-led executive and the looming danger which his refusal to relinquish office portends to the peace and security of the riverside communities were not acted upon by the authorities.

The communities stated further: “We, the members of the Gbaramutu, Egbema and Ogulagha Coastal Communities

Front have times without number prevailed on the George Timinimi-led Executive to step aside so that a new Executive be put in place but they have refused to relinquish their position ostensibly because of their desire to perpetuate themselves in office and plunder the collective wealth and Benefits of the host Communities of Gbaramatu, Egbama and Ogulagha which accrued from Chevron Nigeria Limited.

Previous A Freight Agent Is A Pocket Lawyer – AREFFN-Spokesman
Next Guidelines  On Implementation Of Cabotage Act, 2003 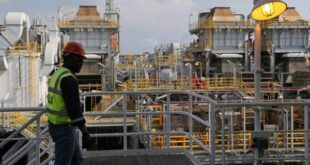 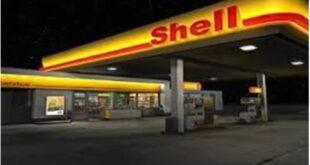 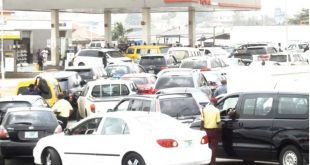 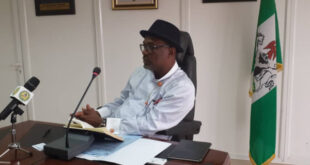