Maritime stakeholders have been unsettled over the years with the unwarranted high war risk surcharge on Nigeria-bound cargo by the shipping lines, engaging and protesting against the classification of the nation’s territorial waters as War Risk Zone at several regional and global fora, but the efforts towards declassification have been futile.

According to the International Maritime Bureau (IMB), Nigerian shippers in the last three year have paid about $2.74billion as insurance premium on vessels and cargoes destined for Nigeria account of what Nigerian maritime stakeholders described as wrong classification.

The recent launch of the Deep Blue Project to curb the menace of piracy and sea robbery in Nigerian territorial waters and the entire Gulf of Guinea (GoG), has also seen experts call for the review of the war risk toga on Nigerian waters. The Director General of Nigerian Maritime Administration and Safety Agency (NIMASA), Dr. Bashir Jamoh subscribes to this line of thought as he kick-started a campaign for Nigeria’s removal from the war risk zone when the Deep Blue assets were launched by President Mohammadu Buhari.

Nevertheless, some experts posit that the war risk toga is a commercially-driven decision skewed in favour of some highly placed global giants that are bent on maintaining the flow of income at the expense of Nigerian economy and its citizens.

Amid these debates and speculations on the best approach to tackle the problem, the President of Ship Owners Association of Nigeria (SOAN), Dr. Mkgeorge Onyung has expressed worry that Nigeria may be deploying a wrong approach to the issue

He posits that the war risk is such that if 20 foreign ships come into Nigeria and there is piracy in Nigeria, their insurance is at risk while they are in Nigeria, stressing that until there is a feedback mechanism to show how the Deep Blue project and other efforts of the government works and there is a reduction in the piracy activities in the region that risk and consequent insurance premiums would remain.

“People have to understand what the Deep Blue assets can achieve, how it would be operated and the solutions it brings into the sector. War risk really isn’t Nigeria’s biggest shipping problem because we can look at this issue in another light. If Nigerian had 20 ships that must bring goods to Nigeria, would the indigenous shipowners say they won’t bring goods to the country because of war risk? So, this also emphasizes the need to grow indigenous capacity in ship ownership,” Onyung stated.

Perhaps the approach NIMASA is deploying to solve this problem of war risk is like someone who has a gaping wound and uses a bandage to hide it, yet hoping that the wound will heal.

This menace of war risk should have a multifaceted approach and perhaps one would be right to say that Nigerians aren’t even competent to discuss it because its citizens don’t own the ships which bear the risks.

“We are in a situation where the ship owners bringing goods to Nigeria are complaining that the country isn’t safe and if they must bring goods to this destination Nigerians must pay more. We should be concerned about owning fleets and promoting indigenous investments in shipping because it is a no-brainer for Nigerians to be worried about war risk for ships that belong to foreigners,” Onyung added.

Shipping experts also opine that the issue of port congestion as ships come into the country and are unable to leave with empty containers adds to the perceived risks and troubles in the nation. Ships come into Nigeria and wait endlessly for empties before going back frustrated without the containers; shouldn’t they increase the additional cost of waiting for containers? Nigeria should ensure that the right laws and policies are in place and adhered to, so that the shipping sector can grow and curb the inefficiencies.

Across the West African coast, pirate attacks gave rise to the Joint War Committee (JWC) of Lloyds’ of London. JWC pronounced the area from the limit of Togo and Benin republic maritime boundaries all the way along the gulf of Guinea to the maritime boundary of the republic of Nigeria and Cameroon as a ‘War Risk Zone’.

The effect of JWC’s action was that the foreign mother vessels which are usually insured by the Protection and Indemnity club would not risk going into the ‘war risk’ areas because the moment they transgress, their insurance premium increases by more than five times. 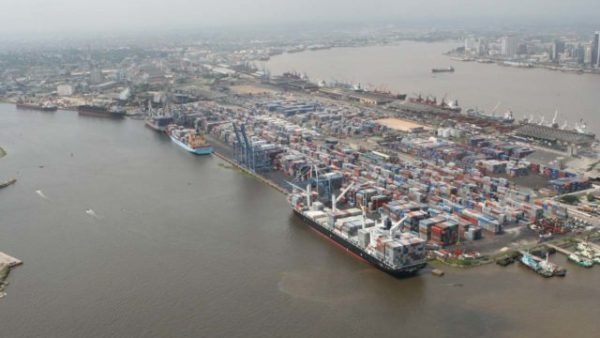