BULLS: Last  Of The “Strong” Ones 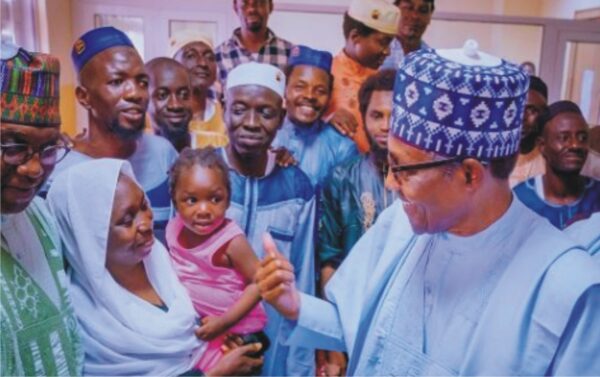 The terrorists kept releasing the victims in piecemeal; the last release of 4 victims was on August 19.

The incident took place on March 28 at the Kaduna-Abuja train axis with about 970 passengers who were exposed to killing, kidnapping and injuries.

One of the rescue efforts saw 42 victims regain their freedom from the terrorists  with 35 still in captivity. The slices-like-offering releases continued until the last 23 victims.  A report had said government spent $200,000 as ransom but an official  statement said later that nothing was paid. Difficult to believe nothing exchanged hands. If no money was given what then exchanged hands?  What must no go unmentioned is the efforts of the Transport Minister, Muazu Sambo,who gave assurances of the release and walked the talk.  Money was given no doubt, but the lives were saved and got reunited with their families. Three gbosas for Sambo!!!Talk na do, Minister!