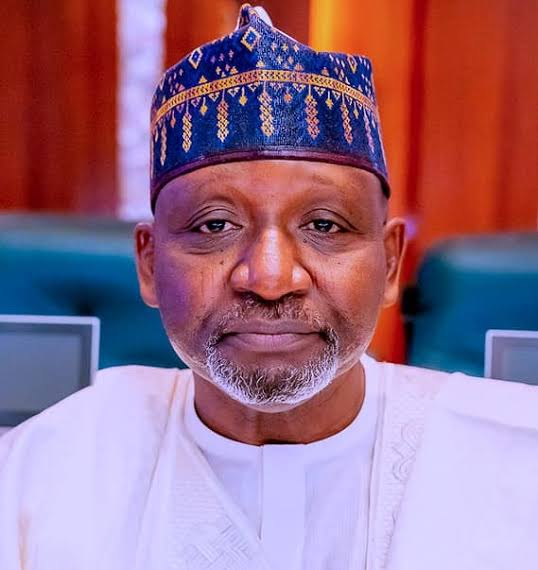 President Muhammadu Buhari has appointed Mallam Muazu Jaji Sambo as the new Minister of Transportation in a cabinet reshuffle that saw the appointment of seven new ministers recently appointed and redeployment of a few.

Buhari administered the oath of office on them before the commencement of the weekly Federal Executive Council (FEC) meeting at the presidential villa, Abuja on Wedneday.

Recall that there were existing vacuum in Buhari’s cabinet after some of the Minister’s were compelled to resign before contesting elective positions in political party primaries in June.

Until his redeployment as Minister of Transportation who replaces Rt. Hon. Rotimi Amaechi, the former Presidential Aspirant of All Progressive Congress (APC), Sambo was the Minister of State for Works and Housing.

Performing the ceremony, the President urged the new ministerial appointees to consider their emergence as a call to duty which demands diligent service to the nation.

Know  Your New Minister Of  Transportation

MU’AZU JAJI SAMBO was born on the 7th of September, 1959 in Jalingo, Taraba State. He hails from Taraba State.

Sambo’s political trajectory saw him as a Foundation Member of the All Peoples Party (APP) in Taraba State where he aspired for the Taraba State Governorship seat under the Party in 1999.

In the 2003 Presidential election, Sambo was the Taraba State Collation Centre Agent of the Presidential Candidate of the All Nigerian Peoples Party (ANPP), Gen. Muhammadu Buhari, Rtd.

Sambo’s working experience in various organizations over the years earned him many awards and commendations in recognition of his meritorious services, amongst which were: National Inland Waterways Authority (NIWA) Best Area Office Award in Lagos for the years 2017, 2018, and 2019 as well as for his special contribution in the initiation and construction of the new Area Office in Lagos and Best Area Manager Award for Revenue Generation and Collection at the Port Harcourt Area Office of the National Inland Waterways Authority (NIWA).

He also received commendation during his working days at NICON Insurance Corporate Office in Abuja for the successful completion of the construction of the NICON Headquarters Building in Abuja.

Allied Bank of Nigeria PLC Lagos also conferred on him the MD/CEO’s Award for Outstanding Performance on his professional touch in the completion of the construction of their headquarters building in Lagos.

The Awards and recognitions did not end there. Sambo also received a special award and commendation for successfully pioneering and completing the First Direct Labour Project at the Nigerian Ports Authority (NPA), Lagos, for the construction of the NPA Clinic in Apapa, Lagos.

In addition to the aforementioned, Sambo also received in 2019, the Fellowship Award of the Institute of Oil and Gas Research and Hydrocarbon Studies for Outstanding Performance as General Manager, Lagos Zone of the National Inland Waterways Authority, (NIWA).

Other Awards and Recognitions received by the indefatigable gentleman  include:

* President’s Award of the Association of Tourist Boat Operators and Water Transportation of Nigeria (ATBOWATON) in 2015.

His hobbies and interests are voluntary humanitarian services and community development, physical fitness, and reading.

Sambo is happily married and blessed with children.