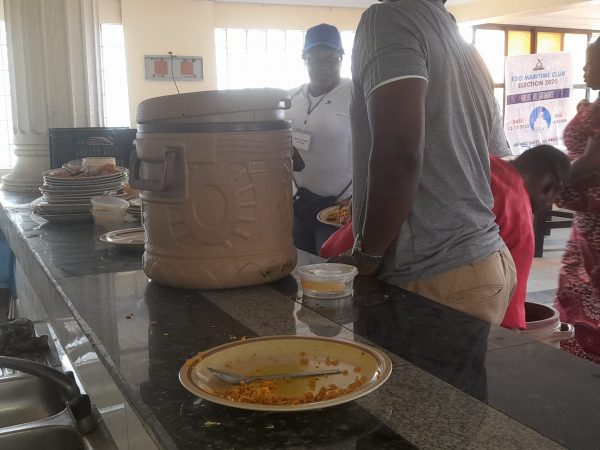 Pandemonium rocked the Edo Maritime Club elections in Lagos State last week, as electorates almost  engaged in a battle of fists over party rice which was made available by one of the aspirants. Pastor Iyere who was aspiring for the position of Welfare Officer of the Club had been contracted by the electoral body to prepare food to be consumed after elections but before votes were collated. However, trouble started when the outgoing Welfare Officer intercepted Iyere from sharing the food arguing that it was his obligation as welfare Officer. It took the intervention of Mama NAGAFF and some senior Club members to prevent a battle of plates and spoons as tranquility was restored twenty minutes later.
This crisis, however, resulted to extra portions of meat for all Club members.
Share