The world is indeed fast turning into something else. More laxity has taken over the whole place. No more of the God let alone God.

Bears witnessed a scene last week that could be likened to a scene that could only happen in a movie. A young girl of about thirteen years old was passionately glued to a man of about fifty years named simply as Collins by those who know him. The attachment was first seen by Bears as a father-daughter relationship until the girl called her lover dad as ‘baby’. It was a scene to behold as people around burst into laughter so much that the Collins was embarrassed by the laughter coming from different angles.

The said young girl is of school age and was even supposed to be in school as at the time she was seriously following the man about as if he would take to his heels if given the opportunity.

Bears condemns this especially that Collins was said to have been married with four kids.
Collins is only deceiving the little girl with the stipends he makes from his clearing job, leaving his children to suffer at home. 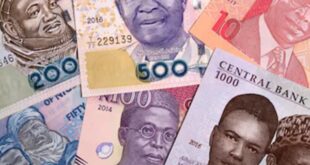