“Wisdom requires not only the investigation of many things, but the contemplation of mysteries” – Jeremy Marby

Taking a cue from this apt saying by Jeremy Marby, the mysterious opening and closure of Air Peace Flight cargo hold recently can be classified as a mystery worthy of proper investigation.

Nigerian Civil Aviation Authority (NCAA) and Air Peace recently embarked on a war of words over the incident involving the Peace Flight 7138 holding for departure on Runway 18R of the Murtala Muhammed Airport, Lagos where the Pilot alleged that thieves had opened the cargo hold and would have stolen passengers’ luggage, but NCAA says it is not possible for such to happen at the airport.

It is quite unfortunate because this would not be the first time such incident happened at the airport. Last year, there were several reports of this type of incident at the airport which actually brought into focus the professionalism and the ability of the Federal Airports Authority of Nigeria (FAAN) Aviation Security personnel to actually handle security issues at the airports.

With regards to the incident in question, the Air Peace Pilot-in-Command, Captain Adesola Arasi had to contact control tower when he was alerted by the light that came on in the cockpit, suggesting that the cargo hold was opened for about 15 seconds and immediately shut.

However, NCAA had declared the alleged Runway 18R burglary attempt on the Cargo Hold of Air Peace as unfounded, leaving many Nigerians amazed as NCAA couldn’t explain the rationale behind the sudden opening and speedy closure of the cargo hold just before take-off.

According to General Manager, Public Relations at NCAA, Mr. Sam Adurogboye, the conclusion was arrived at after the Regulatory Authority reviewed all the reports from the relevant agencies concerning the incident and it was unproven.

He said after thorough investigations by the regulatory authority, NCAA came to the conclusion that the Runway 18R burglary report is unproven, largely unsubstantiated and therefore should be discountenanced.

Air Peace however is standing its ground that there really was an attempt on the aircraft basing its argument on the fact that such an issue has happened before.

It could be that nothing was actually stolen from the aircraft cargo hold, but it could be true that it was actually opened and that is the crux of the matter. Because we don’t see what the pilot stands to gain by raising a false alarm and delaying the flight that was about to take off for about 30 minutes to enable the authorities conduct security checks on the aircraft and the passengers.

That is why the Air Peace management in a statement signed by its Corporate Communications Manager, Chris Iwarah insisted that the purported report by NCAA was “both a lazy and shoddy job at cover-up”.

Could NCAA be covering up for its sister Agency, the Federal Airports Authority of Nigeria (FAAN) which has the statutory obligation to provide security at the airports? Did the pilot lie regarding the opening of the cargo hold by unidentified individual at the restricted area? These questions and more could not be answered at this point, as we leave it for those involved to tell the industry the truth.

So, in this we will take sides with Air Peace to advise the NCAA and its sister agencies “to treat complaints of security breach at our airports with the seriousness they deserve rather than this culture of baseless denial”.

This will actually help FAAN to deal with the issue of security breach at the airport before we are exposed to issues that will involve more serious accident at the airport, “a stitch in time they say saves nine”.

However FAAN said it has deployed 10 additional hilux petrol vehicles to improve the level of security surveillance on the airside of the airport. The deployment of these vehicles is one of the measures FAAN has adopted to enhance operational efficiency and also boost security procedures at the airport, which is a welcome development in view of the issues raised above. 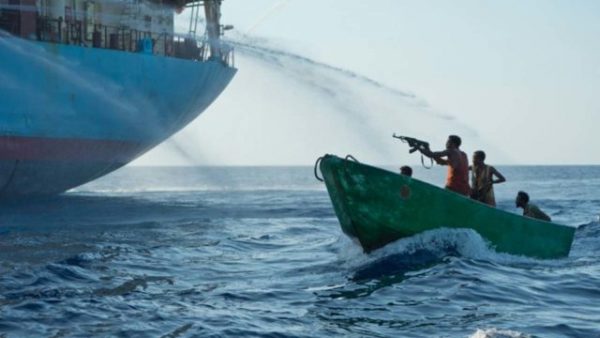