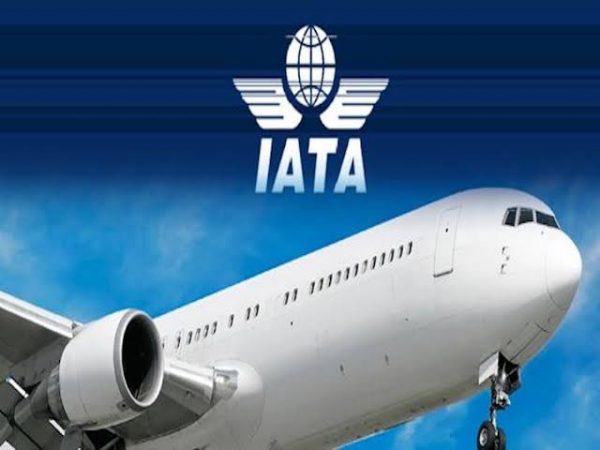 Amid the tough economic challenges confronting Nigerian airlines, no operator would be able to access the $30billion fiscal relief set aside for African airlines and tourism industry by the International Air Transport Association (IATA).

Our correspondent gathered that the intervention fund targeted to support airlines during the restart of the flight operations, would be beyond the reach of Nigerian airlines as a result of poor accountability and haphazard financial records.

The financial relief pledged for air transport and tourism is targeted to reach the aviation industry businesses and meant to help implement the International Civil Aviation Organization’s (ICAO) Take-Off guidance to ensure safe restart to the aviation sector.

According  to IATA’s Regional Vice President for Africa and the Middle East, Muhammad Albakri, the relief may not reach those in need due to institutional bureaucracy, complex application and creditworthiness processes, as well as cumbersome conditions to secure finance.

While there are several factors mitigating against Nigerian airlines bid to access the fund, MMS Plus gathered that the biggest constraint was the accounting system of IATA which no Nigerian airline could match.

Recall that IATA revealed that governments of Sub-Saharan Africa Rwanda, Senegal, Côte D’Ivoire and Burkina Faso have pledged a total of $311 million in direct financial support to air transport and a further $30 billion has been promised by some governments, international finance bodies and other institutions including the African Development Bank, African Export Import Bank, African Union and the International Monetary Fund (IMF) for air transport and tourism.

Meanwhile, despite the increasing welfare agitations in Nigeria’s aviation industry where over 1000 workers including pilots have been sacked, over 149,400 direct and indirect jobs losses should be expected in the sector, according to IATA.

The new data released by IATA on Thursday, last week revealed this as further effects of COVID-19 pandemic on the aviation industry.

Although flight operations in the country resumed a few weeks ago, the pandemic has had a direct impact on jobs and companies in aviation and related industries including tourism, hospitality and trade with more job losses expected to rock the sector.

The immense financial losses and poor patronage of aviation services has led to drastic decisions in the industry as airlines laid off members of staff in hundreds to cut costs by reducing the number of employees.

Air Peace sacked over 400 workers including 70 pilots and implemented pay cuts ranging from one percent to 40 percent as the airline’s spokesperson, Mr. Stanley Olisa, confirmed that the mass disengagement of the pilots’ contract and others was a result of the devastating impact of COVID-19 pandemic.

Speaking with MMS Plus on these challenges last week, the Secretary General of the Aviation Safety Round Table Initiative and Chief Executive Officer, Centurion Securities, Group Captain John Ojikutu (Rtd), noted that it would be extremely difficult for Nigerian airlines to survive the current challenges.

“The problem is that most of the airlines want to get the intervention fund the way they want it. They have benefitted from such structure in the past and they collected monies which most of them didn’t return.”

“There is an airline that collected N35billion and nobody is asking why such a thing happened. So, what I think the Federal Government has done is the appropriate thing which is to direct the operators to the Central Bank to get loans. A similar approach was utilized in 2012 but the previous one didn’t check the debt portfolio and audited accounts of the borrowers,” he said.

Ojikutu argued that most Nigerian airlines were already in poor financial situations before the advent of COVID-19.

“Most of the indigenous airlines have been careless with their accounting system and there is nothing the government can do to salvage them because of the way they manage their accounts. So, that’s why they have the problem of not being able to access funds,” the aviation veteran said.

According to him, IATA has no business with Nigeria airlines because there was no Nigeria airline in proper talks with IATA as none of the airlines operate the accounting system of IATA demands, including Air Peace.

He, however, advised the Minister of Aviation, Senator Hadi Sirika to pay the members of staff for three months and direct the companies to pay their workers.

“To enable them to pay their workers, there would be a need to speedily disburse the monies, but there has to be a mechanism in place to ensure these companies are actually paying the workers. We don’t want a situation where the airlines get the funds and don’t pay workers,” he stressed.

Meanwhile, MMS Plus also learnt that some aviation agencies are also eyeing the CBN N27billion intervention fund to pay workers and address other critical issues.

A source who preferred anonymity said, “The N27 billion is too small even though it hasn’t been disbursed. It is also important to note that the fund isn’t exclusively for the airlines. Government agencies like the Federal Airports Authority of Nigeria (FAAN) is having challenges in paying staff salaries and this is the first time I am hearing a government agency telling the public they don’t have money. They intend to borrow from the CBN palliative fund. They have borrowed money like that in the past, sometime in 2007. FAAN borrowed N2 billion to pay pension they took money meant for intervention funds to pay pension.”

The source admonished airline operators to be more business savvy in their operations, adding that it wasn’t surprising to see most Nigerian airlines sacking workers because their business approach wasn’t sustainable previously.