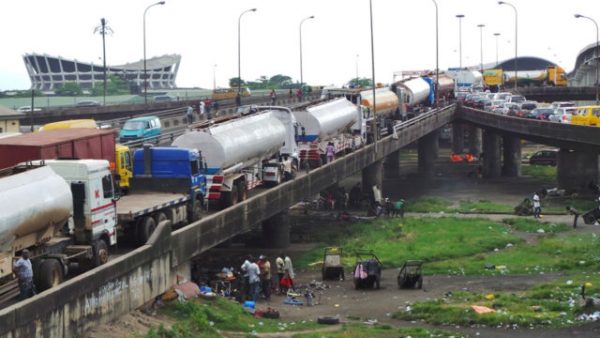 The Maritime Workers Union of Nigeria has identified four shipping companies responsible for the gridlock caused by heavy duty trucks on Oshodi-Apapa Expressway.

The organisation said the action of the companies had severally led to negative economic consequences at the Tin-Can and Apapa Ports.

The MWUN specifically accused the companies of deliberately keeping their trucks and their containers as means of attracting demurrage payment daily from their already overburdened members, truck owners and their drivers.

A statement issued on Sunday evening by the President-General of MWUN, Adewale Adeyanju, therefore issued a 21-day ultimatum to the Federal and Lagos State governments within which they should call the companies to order.

According to him, the government should compel them to stop using their private businesses to cause public nuisance.

The union threatened to embark on industrial action to protect its members, should the government fail to address their demands.

Adeyanju said, “These shipping companies deliberately keep the trucks and their laden containers as means of attracting demurrage payment daily from our already overburdened members, truck owners and their drivers.”