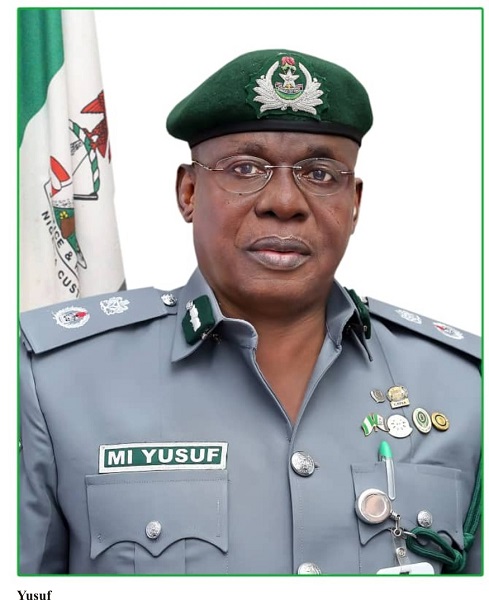 “Every record has been destroyed or falsified, every book rewritten, every picture has been repainted, every statue and street building has been renamed, and every date has been altered. The process is continuing day by day and minute by minute” – George Orwell

Like this apt saying by a legendary English novelist, George Orwell, the Customs Area Controller (CAC) Apapa Command, Comptroller Yusuf Malanta has written the history of the Command with higher revenue accomplishments and improved efficiency which appeared to have reached the peak when he received the mantle of leadership five months ago.

MMS Plus recalls that after receiving hand-over notes from his predecessor, Acting Assistant Comptroller-General, Headquarters, ACG Mohammed Abba-Kura, Malanta set higher revenue targets for the Command and he seems to be focused on this goal despite several distractions.

It was at the Apapa port that Abba-Kura distinguished himself flamboyantly with anti-corrupt practices and ever increasing revenue accomplishments. Therefore, it was seen by industry observers as unrealistic to expect more from Malanta, given the tough economic situation in the country.

Malanta has already endeared himself to the Comptroller-General of the Nigeria Customs Service (NCS) Col. Hameed Ibrahim Ali (Rtd) who commended the Apapa Controller for the seizure of container No. GESU 6642430 (1×40 FT), containing 1,427 cartons of unregistered pharmaceutical products.

In what he described as ‘a sterling performance’, CGC Ali praised Comptroller Malanta for exercising due diligence on the interception and arrest of the banned items.

In a commendation letter signed by Comptroller KA Olusemire, the Comptroller General was quoted as saying: “By this act, you have demonstrated a zero tolerance attitude for corruption and other vices in line with the policy thrust of this administration.”

The letter also commended all officers of the Command for the laudable feat.

In April 2021, Malanta led the Apapa Customs Area Command to a new record of N65.5billion which stands as the highest revenue collected in a single month at the Command. It also represented an increase of over N25billion when compared to April 2020 revenue figures.

Meanwhile, in line with the provision of extant laws, trade guidelines and enforcement of government fiscal policy measures, the Command has been able to further strengthen its anti-smuggling operations against economic saboteurs through credible intelligence driven operations.

“This led to the seizure of 4x40ft containers laden with unregistered pharmaceuticals 674 cartons of tramadol tablets in 225mg and 120mg, and 805 cartons of codeine syrup in 100ml at APMT and SIFAX 3 Bonded Terminal respectively. These importations contravene Sections 46 & 47 of CEMA Act CAP C 45 LFN 2004,” the Area Controller said.

Noting that these dangerous drugs pose serious threat to health of the citizenry and economic well-being of the country, he warned importers to desist from such businesses even as he encouraged shipping lines to scrutinize cargoes heading to the country in a bid to tackle the menace of drug abuse.

Speaking with MMS Plus newspaper on some of the observations at the Apapa Customs under Comptroller Malanta, the President General of the National Association of Freight Forwarders and Consolidators (NAFFAC), Prince Adeyinka Bakare posited that in terms of discipline bordering on professional conduct and integrity with regards to revenue, Malanta is upright.

Bakare also stated that he is aware that as Area Controller, Malanta goes into the terminal to observe how Customs officers conduct examination of cargoes.

“He has a hands-on approach to his job and I can say that in the short time at the helm of Apapa, he has made an appreciable effort to improve things positively. We should also note that he isn’t new to the Command, because he also served there as APM. This also gives him an advantage with regards having in-depth understanding of the peculiar situation of the port and the Customs operations. I have known him long before he became Area Controller. I knew him before he rose to the rank of Assistant Controller and Deputy Controller, but today he is the Controller in-charge of the Apapa Command,” Bakare added.

While applauding the positive developments at the Apapa Area Command under Comptroller Malanta, the Coordinator of Save Nigeria Importers, Exporters and Freight Forwarders Coalition (SNIEFFC) Dr. Osita Chukwu warned the Customs boss not to be carried away by the higher revenue also influenced by the increasing foreign exchange rate.

Dr. Osita also urged the administration of Malanta to address the multiplicity of alerts at the Command, even as he encouraged the Command to set a new standard that will see goods cleared from the Command exit the ports without interruption by other Customs units at the port environs as well as those on the highways.

His words: “The dollar rate is something that affects the revenue collected by Customs but it isn’t something that the Area Commands or even the national officers allude to, when they talk about increment in revenue collected. My advice to Comptroller Malanta is to have this factor at the back of his mind because it will make him have a humble approach to his job. Recently, the exchange rate moved from N380/$ to N405/$ and this would also translate to increase in revenue for Customs”

“We can’t talk about effective Customs operations at Apapa until the cargoes that leave that port aren’t intercepted by other units of Customs at the port gate, port access roads and major highways. The recurring seizures should spur the Area Controller to address the issues of compromise by some officers who allow undervalued goods to leave the Apapa port. There have also been cases where freight forwarders pay in excess for goods cleared at the ports either by error or by following advice from overzealous Customs officers. We should begin to talk about avenues for a refund for such cases.”

In the last five months, Malanta has solicited the support of officers and port stakeholders, noting that his predecessor was able to achieve such a level of success in the Command through enormous support from stakeholders and officers.

His words: “I want attitudinal change so that we can achieve better in this premier port, Apapa. I’m a team player. I’m here to learn more, especially from the officers here. I’m here as an administrator. Most people say I’m already grounded in Apapa but I consider myself as a brand new officer in Apapa because I left here six years ago and things have changed.”

Taking a cue from Bishop T.D Jakes popular saying; “Whatever you celebrate, that’s what you attract and it will activate something in your life!”, Malanta expressed excitement on the high recommendations by the immediate-past Area Controller, extolling the accomplishments of Abba-Kura in revenue generation, anti-smuggling strides and boosting officer’s morale.

Speaking on the 2020 revenue collected at the Command which was more than one-third of the total revenue accrued by the Customs, Malanta said; “Last year’s revenue has a little stitches following the COVID-19 pandemic. If we address the issues, we can achieve more this year. There are loopholes and lacuna that we can close to generate more revenue”

During his inaugural speech, Malanta also assured of his commitment to facilitate legitimate trade for honest and compliant practitioners, even as he warned that he wouldn’t make friends or patronize non-compliant importers and freight agents. The results at the Command as well as further findings show that he has kept these promises so far.

In the spirit of sportsmanship, he noted that NCS and the Nigerian Drug Law Enforcement Agency (NDLEA) have agreed to deepen information sharing with the goal to scrutinize and seize contraband in May 2021.

The Customs Area Controller made this proposal while engaging the NDLEA official in charge of SIFAX Bonded Terminal, Mr. Austin Opiepe as NCS unveiled tramadol and codeine seizures at SIFAX terminal at Ijora Causeway.

Speaking with the NDLEA official, Malanta said: “It’s important that we deepen our intelligence sharing and intelligence gathering. If you were aware of this and you didn’t tell me, it doesn’t speak well of both agencies of government. We should collaborate on these issues and also jointly show it to the public.”

Malanta revealed that NCS was able to trace the container carrying tramadol and codeine concealed with hotpots, from the origin through intelligence and revealed that the consignment came from India via the Mediterranean Shipping Company (MSC).

As John Quincy Adams puts it; “If your actions inspire others to dream more, learn more, do more and become more, you are a leader.”

It has been one amazing ride since Malanta’s emergence as the CAC at Apapa Command, but he is expected to do more to cement a status as an amazing leader in the history of Apapa port which is the nation’s premier port. 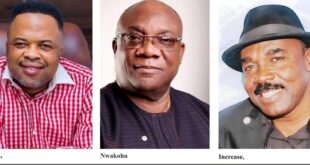