A new presidential administration has begun and all Ministers in the old era have dropped their portfolios. For the Ministry of Transport, there’s a lot of anxiety as everyone looks to see if the fiery Minister, Hon. Rotimi Amaechi returns. Transport industry stakeholders had high expectations from the Minister at the onset, some berated him just as much as others praised him.

Last week, we began an appraisal of Amaechi’s stint as Transport Minister. The question on the lips of every stakeholder is – should President Mohammadu Buhari re-appoint Amaechi as the Minister of Transport for the second time?

MMS Plus examines more incidents, actions and inactions of the Transport Minister in the last few years.

As Minister of Transportation, Amaechi was saddled with arduous task of supervising some major parastatals such as the Nigerian Ports Authority (NPA), Nigerian Shippers’ Council (NSC), Nigerian Maritime Administration and Safety Agency (NIMASA), National Inland Waterways Authority (NIWA), among others.

It was always going to be a herculean task managing veterans with decades of experience in various sectors; while it also took high level of meticulousness and dexterity to manage some heads of parastatals that have close acquaintance with President Mohammadu Buhari and would rather report to him before the Minister.

While Amaechi was able to coerce ship-owners to have a uniform platform known as ship-owners forum, he was unable to attain the same degree of success in inter-agency collaboration. The Minister was able to hold several events with all heads of agencies under his minister attending but the fact that the National Transport Commission (NTC) failed gives credence to the assertion that some heads of parastatals see the Commission as a threat to their agencies’ authority. Hence, they were able to sway Mr. President from signing the bill.

Amaechi also brought his idea of unity of purpose to the media space especially in the maritime sector which had about four associations when Amaechi came on board. Despite his efforts to get the journalists come under one umbrella, even with the efforts of the Nigerian Union of Journalists (NUJ), the merger wasn’t achieved. In fact the number of associations in the industry has increased.

While the road infrastructure has been relatively better as a result of commendable construction and rehabilitation efforts, this onus falls squarely on the Ministry of Works. However, the rate accidents on the roads remain alarming.

According to reports by the Federal Road Safety Corps (FRSC), an average of 400 persons die in about 800 road traffic crashes recorded across the country on monthly basis in the last few years.

The fares for road transport especially for freight also became alarming as a result of the poor state of the roads as port operators lament that the freight cost to import a 40ft container from China to Lagos has become cheaper than moving that consignment to the far Eastern or Northern part of Nigeria.

Efforts by the Minister to get the rail and waterways serve as viable alternative routes for cargo movement have been unable to relieve the road mode of the excess burden.

Maritime safety and security is an issue that has divided opinion in the last few years. While local operators lament gross insecurity, a perspective which is held by the international community, the Nigerian Maritime Administration and Safety Agency has faulted this, saying that the nation’s territorial waters have become safer than before.

NIMASA, under the supervision of Amaechi, signed a contract worth $195 million with an Israeli company for maritime security. The Minister later said that the Federal Government awarded the controversial maritime security contract worth $195 million (about N60 billion) to HLSI Security Systems and Technologies, because of its desire to tame criminality on the nation’s waterways. However, the contract was condemned by many maritime and security experts.

However, the respite in piracy attacks on the nation’s waters has been attributed to the combined efforts of the Nigerian Navy, NIMASA and the Airforce. According to the statistics provided by the International Maritime Bureau (IMB) Nigerian waters are now safer.

While maritime experts have stressed that there cannot be security on Nigerian waters until alternatives are provided for pirates, hostage takers and kidnappers, who are mostly jobless youths in the coastal communities.

There has to be an economic activity that creates job opportunities and entrepreneurial opportunities for these young ones to take their minds away from these illegal vices, but Amaechi doesn’t seem to share this perspective so he didn’t attempt to address the issue from this point.

Unlike the national carrier for the shipping sector, the Nigeria Air hasn’t been totally jettisoned as the project got N49billion vote in the 2019 national budget.

Meanwhile, the modality for the Nigeria Air remains a deep concern to industry operators. Amaechi’s recent statements that the Federal Executive Council (FEC) has also been divided over the role of the private sector and the government funding in the business.

On Tuesday last week, the Minister of State for Aviation, Senator Hadi Sirika, revealed that the Federal Government approved N47.43billion for the ‘Nigeria Air’ project in the 2019 budget.

Sirika disclosed this while explaining that the Amaechi, was misquoted in reports which stated that he (Amaechi) said the FEC was divided over the mode of implementation of the national carrier project.

If the Minister of Transportation, Rotimi Amaechi is to be scored over 100, it would be a magnanimous act to give him 40% as he was only able to make actions, network and engage stakeholders. He did show genuine passion to get things work. However, there are only few results that could stand out as landmark achievements for the Minister.

He was stunned to realize the massive corruption perpetuated under his ministry as two buildings belonging to Abuja MoU in Lagos were sold in June and August last year, while he was accused of allowing sentiments mar his relationship with the Maritime Academy of Nigeria (MAN) Oron and the Nigerian Maritime University (NMU) Okerenkoko. 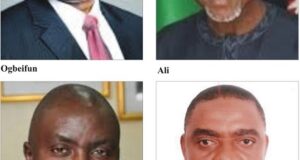 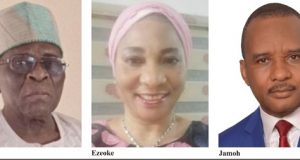 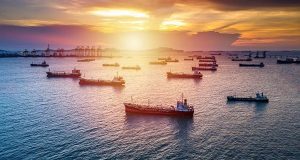 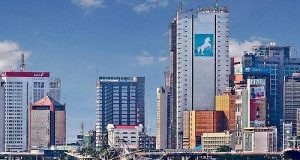 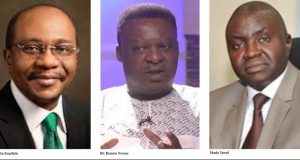 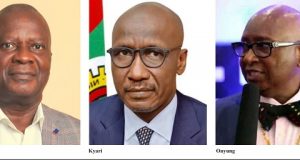