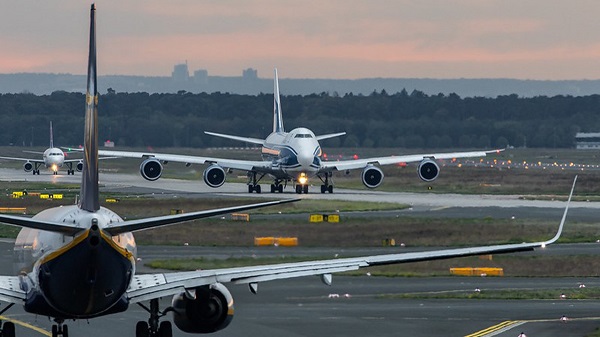 Domestic airlines may suffer forced depletion of aircraft following the struggle of local carriers to raise enough foreign exchange to run checks and conduct comprehensive maintenance of their fleets overseas.

In light of this latest development, aircraft ferried overseas would be forced to remain in various maintenance facilities until the airlines are able to source funds to pay for their repairs and subsequent return to service in Nigeria.

The result of this is that any aircraft that is due for major check, such as the C-check, which is only carried out overseas at the moment, would be parked.

Also, any aircraft that develops fault beyond A and B checks, which can be done in Nigeria, will also be parked.

This, by extension, will lead to a forced depletion of operating aircraft, unless more aircraft are brought into the country and soon too.

Industry experts say that already, airlines are losing seats and this has given rise to high demand, high airfares, flight delays and cancellations, as the few aircraft available are made to operate many schedules daily.

They stated that the situation was made worse by the high cost of aviation fuel, which had risen to over N800 per litre and might hit N1,000 per litre any moment unless there was an urgent intervention.

The Group Managing Director, Finchglow Holdings, Mr. Bankole Bernard, warned that airfares might continue to rise as long as the naira continued to depreciate amidst forex scarcity.

While speaking to journalists, Bankole said, “The fact is that the cost of tickets would still soar higher than what we are experiencing at the moment because several things act as determining factors.  Everything that has to do with air transport is dollar denominated. So, if it is dollar denominated, how can we ensure business success for our people?

“That is what we should be thinking about. Someone told me recently that a flight to Maiduguri is now about N400,000 and I said that makes a lot of sense. It is either you want to fly or you go by road where you may be kidnapped. It is not the airlines’ fault that they are charging that amount of money, but it is the reality on ground.”

A former CEO of Aero Contractors, Capt. Ado Sanusi, who spoke with The PUNCH in a telephone interview, said the aviation industry was in dire need of urgent action to arrest the situation before things would go worse.

He noted that like the Nigerian economy, the aviation sector was struggling, stressing that there was an urgent need to manage the little resources at the sector’s disposal.

“That requires a lot of foreign exchange. Now, with the scarcity and the cost of dollars, the airlines might be forced to sometimes abandon taking these airplanes overseas. Also, it may take a longer time to get the airplanes out of the country and then get them to return back to the country.

“Now, what is the implication to the passengers? Of course, it translates into higher prices of tickets, it translates to cancellation of flight, which is also unreliable schedule.”

Sanusi added, “This is the reason why I still preach that we need a maintenance facility in the country and the reason we need it is for the airlines to afford or they can take it to our maintenance where they don’t have to pay in foreign exchange.

He further stated that the foreign airlines would also be affected by this aircraft depletion in Nigeria.

“There will be a slight impact on the foreign carriers because the domestic carriers take a little or sizeable number of passengers from the international carriers and distribute within the country, sometimes even within the region,” he stated.

The former Aero boss added, “A reduction in capacity or a reduction in frequencies into the country will definitely affect the domestic carriers.

“Multiple destinations (by foreign carriers) to other parts of the country will definitely affect the domestic carriers because they will lose a sizable amount of passengers that they would have distributed in their own network.”

Sanusi warned that airfares might continue to rise as long as the naira continued to depreciate and there was forex scarcity.

He said, “The ticket price will continue to rise. This will be due to three main reasons; it could be more but there are mainly three reasons. You have mentioned the naira to dollar rate, which is one, and this is a very big factor.

“Aviation fuel, which is also dependent on the dollar rate, will affect the ticket price. But what people refuse to understand and mention is we ourselves in the aviation sector. By this, I mean the paratatals and the service providers like the ground handling companies. We must all come together and realise that we don’t need to overprice the ticket.”

This, he said, was because if tickets were overpriced, passenger number would reduce, as everyone would be affected, including the regulators and the other service providers such as the Federal Airports Authority of Nigeria, among others.

“Now, FAAN, NCAA and the rest also contribute to the high prices of tickets. If we look at the debt of the airline, like the NCAA is currently quoting N42bn and $7.8m as airlines’ debt. Of course, the airlines will have to increase their ticket to pay the debts they have incurred,” Sanusi stated.

Also speaking on the impact of forex and how it could affect domestic carriers in relation to aircraft overseas maintenance, a former Managing Director of the Nigerian Airspace Management Agency, Capt. Roland Iyayi said airlines’ capacities would reduce.