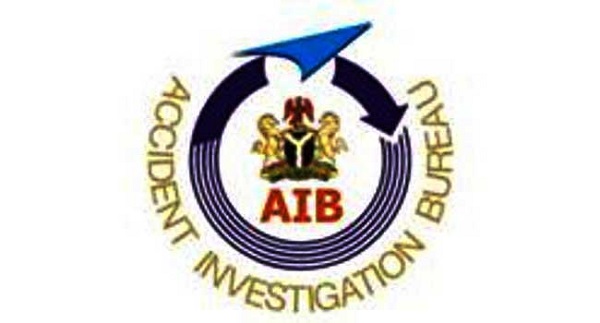 The Accident Investigation Bureau has listed three factors as the cause of the Aero Contractors incident involving a B737-500 aircraft with registration marks 5N- BLG, which occurred on April 9, 2016 at the Murtala Mohammed International Airport, Ikeja.

They include reduced visibility due heavy rain on touchdown; the decision to continue approach in an unfavourable weather condition with crosswind component of 090/15kt, and excessive rudder application by the crew after touchdown.

An incident is an unplanned event that does not result in personal injury but may result in property damage or is worthy of recording unlike an accident which results in loss of lives.

The AIB on Thursday released the report for the incident which occurred three years ago alongside two other reports on its website.

The other two reports were on the serious incident involving a Gulfstream G-IV aircraft with registration 5N-BOD, at Nnamdi Azikiwe International Airport, Abuja in 2018 and a serious incident involving a Boeing 747-200 aircraft owned and operated by Kabo Air Ltd with registration marks 5N-JRM which occurred at Sultan Abubakar Airport, Sokoto on October 4, 2013.

Three safety recommendations were made regarding the Aero contractors incident. No lives were lost as all passengers disembarked with no injury.

The AIB Commissioner, Akin Olateru, was quoted to have said, “Safety recommendations are critical to the bureau’s basic role of accident prevention since it is the lever used to bring about safety changes to and improvements in the nations aviation system.”

On the incident involving the Gulfstream G-IV aircraft, the bureau explained that the delayed response time by the crew to recognise that the ground spoilers and thrust reversers were locked out led to the runway overrun.

None of the six occupants of the aircraft were injured, but the aircraft exited the runway to stop in the mud 71 metres from the runway, according to the report.

Part of the report read, “The aircraft departed Lagos at 20:20 h and climbed to Flight Level 350 (FL350) as cleared. The en-route weather was stormy almost all the way. Following an uneventful flight, the aircraft was in contact with the DNAA Approach Radar and was given a clearance for Radar Vectors for an ILS approach Runway (RWY) 22.

“Upon touchdown, the captain noticed the aircraft was not decelerating as it should and that the Thrust Reversers were not deploying, even though he could see physically that the aircraft was properly configured.

“He pulled the speed brake handle to possibly force the Nutcracker, (weight on wheel switches), into the “Ground Mode” and get the TR to deploy.

The aircraft exited the end of the runway, travelled over a grassy area before it came to a stop in mud at approximately 71m from the end of RWY 22.

After the aircraft finally came to a complete stop, the flight crew shut down the engines, the lead cabin attendant opened the forward main entry door and all occupants exited the aircraft unhurt.”

The last incident report was on the 747-200 aircraft operated by Kabo Air Limited 5N-JRM. No fatalities were recorded but the aircraft was slightly damaged and some antenna elements and Printed Circuit Board were affected, as well as the 21 Low Intensity Approach Lighting fiings along runway 26 .

This was due to the pilot’s decision to land on the non-precision runway 26 at night and inappropriate visual approach profile at night with no vertical guidance.