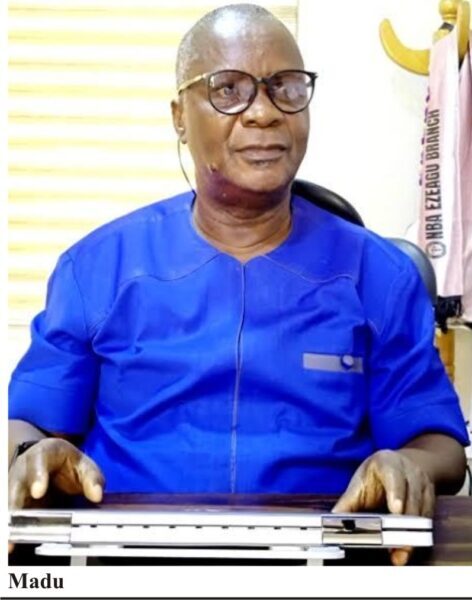 African Youths, under the aegis of Youth Partnership Development Africa,(YOUPAD) are embarking on a renaissance to regain and reposition the African Continent towards sustainable growth and development.

Nigerian Coordinator of the Pan African group, Mr. Nwachuku Henry Nkem disclosed this in an interview with MMS Plus, at the presentation of the Thomas Sankara Leadership Prize for Integrity and Transparency to Dr.Obiora Madu, at his Multimix Academy office in Suru Lere, Lagos, Nigeria.

Mr. Nkem noted that YOUPAD Africa is a youth organisation with the aims and objectives of re articulating the concept of pan Africanism, which he defined as development of Africa by Africans and for Africans.

He said that Africa had been a complaining continent for a very long time,”So we need to take the Bull by the horn. We need to start taking our own destiny in our own hands by learning to proffer answers to the African problem. We have all it takes to do it ourselves. And we should not depend on anybody to do it for us” he said

He noted that Africa is great enough to decide to build itself.

” I have not heard of any great continent or nation that was built by another nation. So we Africans must build Africa ,So that is basically the aim of the organization.

The Nigerian YOUPAD coordinator noted that Africa ship out their raw natural materials and thereby shipping out their Jobs and economy.

His words ” people come to Africa and take our raw materials back to their own continent, add a little value to them, and bring them back and sell to us at a very high price. It is that point of adding value that jobs are created for their own people” he said, stressing that his Organisation is working to put an end to that by sensitizing people of the importance of sustaining African.

Speaking on the award to Dr. Obiora Madu, Nkem said what informed the choice of the recipient was personalty, adding that,” The organization believe in African developing Africa, stating that Dr. Obiora has been doing that for years now through raw material supply chain, making sure he contributes his own quota towards ensuring that what we have in Africa ,we use it in Africa ,and the rest of them we can export”

He said Africa should rather export finished goods instead of raw material.

In an interview with MMS Plus, Dr Obiora expressed happiness that young people are taking the responsibility of transforming Africa and reviving the spirit of pan Africanism.

He said what the organisation is doing is exemplary.

” I am not into awards, but when I saw the vision of the organisation, and I saw the spread in Africa, there is in the team Ghana ,Cote de Voire, Cameroon, Nigeria and South Africa, so I reasoned that because it has to do with young people which I’m all out ,and which I do in Nigeria, I couldn’t but accept the award” he said.

He noted that the economic situation of the country has influenced the logistics supply chain negatively.

His words” Logistics is about movement and storage of people and goods” he said. He added that in some places, you can move by road ,and you can move by air.”Right now , it’s a nightmare to travel by road to any point of the country. But the fact is that ironically, even with the nature of the economy, logistics is growing. Between now and three years ago, if you go and check the number of people who incorporated logistics companies, the story is not the same. There is what is known as e- commerce .E- commerce involves last mile delivery, how are they thriving? Health care supply chain is completely broken. We don’t have cold – chain. Cold- chain is some vaccines particularly some drugs that runs on a temperature controlled environment.From leaving the factory ,until it gets to the other country ,get into the warehouse and it’s dispensed .So we are not anywhere in the world” he said.

Dr.Obiora lamented that in the World Bank Global Logistics Index,Nigeria is ranked number 110 out of 160 nation’s.

He said he is tired of the whole thing because he has been saying the same thing for over 30 years and counting ,but nothing has changed.

He lamented that we are not even working in the direction of saving Africa because of bad and corrupt leadership.

He noted that supply chain is the fastest growing business platform in the world.

In his acceptance speech ,Dr Obiora wondered what he has done to deserve such recognition. He said he has quite a handful of awards in his office , including a national award in 2014.

He said he may not be rich ,but he is happy and contented, stressing that his goal is not money, but knowledge transfer, and that is why he accepted to be so honoured by the YOUPAD organization.

He pledged to grant scholarship to some members of the organisation who might want to attend his Multimix Academy.He donated some of his books to the organization and also gave each of the executive members that came for the occasion a book of their choice from his collections.

Speaking earlier , Secretary of the group, Comrade Daniel Kewul Donald, noted “That YOUPAD acknowledges as pan African men of courage ,those African men of courage and valor whose lives exemplify the ideal of living for the sake of others and dedicate themselves to practices which promotes African moral values :Strong family life,cooperation, renewal of pan Africanism leadership ideology , a responsible public media and establishment of a culture of peace transcending racial ,national and religious barriers ,the man of courage must constitute to the fulfilment of the hope for all ages ,a unified Africa of peace wherein the spiritual and material demands of life are harmonious of life and are harmonized .It is on this note that we are here to present this well- deserved honour to Dr. Obiora Made” he said.