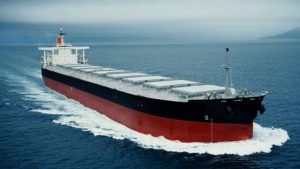 As Africa celebrated the African Day of Seas and Oceans yesterday, experts have stressed the need to address the supply chain inefficiencies and human capacity development as critical issues in the bid to exploit potentials of the blue economy.

These issues were raised by maritime veterans during an online conference organized by Ocean Ambassadors Foundation in conjunction with Mundus Maris ASBL to mark the annual event celebrated on July 25th.

Dr. Alban Igwe, Deputy National President, Chartered Institute of Logistics and Transport (CILT) Nigeria highlighted some potentials of blue economy in the continent to include human capital to export manpower such as seafarers and other expertise across the globe.

Igwe, who is also the Head, Education and Research at the Council for Regulation of Freight Forwarding in Nigeria (CRFFN), stressed that 38 African countries with the benefit of coastal waters should be able to enjoy the reap the opportunities that abounded on the sea.

Speaking on “Sustainable Supply Chain: Linking the African Coastal States”, he noted that opportunities for wealth creation across the globe have moved from production to service delivery.

“Africa needs to prioritize the role of sustainable supply chain in exploiting resources in the blue economy. I see Africa with potentials to be a global supply chain hub as a result of its geographical advantage. Africa is the second largest continent and has 100 ports surrounded by 30,500km coastline,” Igwe said.

He also pointed out the need tackle illegal fishing in the continent, noting that the fishing sector is worth over $1 billion but the business is dominated by illegal dealers and poachers.

He called for the development of the Blue Economy Road Map, creation of a regional blue centre in Kenya (East), Nigeria (West), Morocco (North) and South Africa (South), to help utilise the opportunities.

Olubiyi posited that adequate understanding of the worth of the oceans would ensure that its $24 trillion worth of resources would be well utilised.

According to him, if Africa could manage the various resources emanating from the ocean such as wildlife, beaches, movement of materials and goods from one country to another, in a sustainable way, the continent would be better for it.

He lamented that the way the ocean was being treated in Africa is not healthy, noting that waste – both liquid and solid from land – polluted the ocean and led to serious damage.

Anishere, who spoke on the topic: “Building on Human Resource Capital for the Future of African Maritime Economy” said, “Education is key in building human capital; investing in it will lead to productivity; so, there is the need for continuous review of educational system to ensure relevance, and the curriculum should align with the industry needs”

She encouraged strong work ethic, honesty, tolerance, respect for authority; even as she called for a holistic approach involving government, private sector, industry operators and the academia to ensure the education and skills gaps are addressed for a better maritime economy in the continent.

In her contribution, Prof. Stella Williams, Vice President, Mundus Maris ASBL, said that fisheries and aquaculture would help to sustain the ocean and promote the economy.

She added that there was the need to teach young Africans to understand the ocean, identify and adopt relevant research results and abide by the many sustainable goals for the ocean.

According to her, there should be collective actions to propel both men and women in the sector. She said, “To scale things up, there is need to keep the pressure on reforms, strengthen local capacity and enlarge the academy for intellectual platform.”

The theme of this year’s African Union Day of Seas and Oceans is “Innovation for sustainable ocean” and Hon. Violet Olaitan Williams, the founder of Ocean Ambassadors Foundation joined in the celebration.

The virtual programme had over a hundred global audience with participants from: Namibia, South Africa, Bangladesh, Tunisia, UK, Ghana, Cameroon, Kenya, Egypt among others.

Hon. Kayode Akiolu, member Federal House of Representatives, Lagos Island, in his closing remarks charged Nigeria to stop her act of eye service and take part in making the blue economy a reality as it is one of the United Nations Sustainable Developmental Goals and also it is an integral part of the African economy.