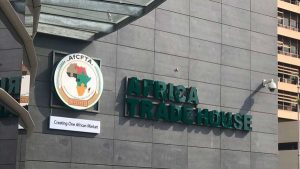 Nigeria is set to enhance its preparedness and maximize gains in the African Continental Free Trade Area (AfCFTA) as economic and trade experts converge for a summit on Wednesday, this week.

The stakeholders will be converging at the instance of a popular online newspaper; Primetime Reporters to assess the progress made so far by the Federal Government of Nigeria through the National Action Committee on AfCFTA.

The event which is the 3rd Annual Lecture and Awards of the medium has as its theme: “Assessing Nigeria’s Preparedness to Maximize the Gains of AfCFTA.” Also, the event will witness conferment of awards on eight eminent Nigerians who have distinguished themselves in various fields of human endavours.

According to the Managing Director/ Editor-In-Chief of Primetime Reporters, Mr. Saint Augustine Nwadinamuo, in a statement in Lagos on Monday, the event will hold at the National Institute of International Affairs (NIIA), Kofo Abayomi Street, Victoria Island, Lagos by 10.00am prompt.

The Annual Lecture and Awards would be chaired by a renowned legal practitioner, Barr. Osuala Emmanuel Nwagbara of the Maritime and Commercial Law Partners, Lagos while the Director General, Lagos Chambers of Commerce and Industry (LCCI), Dr. Muda Yusuf would be the lead paper presenter.

However, the Secretary, National Action Committee on AfCFTA, Mr. Francis Anatogu would be the special guest of honour as he had promised to attend the event in person to update Nigerians on the progress made so far.

It will be recalled that the Nigeria Customs Service (NCS) in statement by its Public Relations Officer, Mr. Joseph Attah, earlier in the year, noted that instead of proceeding in a chaotic manner, the Nigeria Customs Service as policy implementor understood the importance of spelling out the roles and responsibilities of all parties in the agreement and the conditions attendant on its implementation.

While re-confirming the willingness and readiness of the Service to play its role as trade facilitators in this regard, Attah reminded the public that the functions of the NCS were highly automated and primarily systems driven hence the need to methodically harvest and integrate all data associated with AfCFTA into its system for easy deployment, access and use by the trading public.

He informed that Customs awaits the National Action Committee (NAC) on the list of duties and charges waived for liberalized goods under AfCTA, the list of the 90% liberalized National Trade Offers, the list of 70% Non-liberalized exclusive goods at the regional level, the list of 3% Non-Liberalized sensitive goods, as well as the appointment of a competent Authority responsible for issuing and authenticating certificates of origin and registering enterprises and products within the region.

The Customs spokesman further recommended that each member country should have a representative in the continental Chamber of Commerce to ensure transparency within the body thereby generating confidence in the system. This, it said, should be complementary to the activities of the various Chambers of Commerce of each country in the region.

AfCFTA is a free trade area founded in 2018, with trade commencing as of 1 January 2021. It was created by the African Continental Free Trade Agreement among 54 of the 55 African Union nations. The free-trade area is the largest in the world in terms of the number of participating countries since the formation of the World Trade Organization (WTO).

The Federal Executive Council ratified Nigeria’s membership of the AfCFTA on the 11th of November 2020. This occurs more than a year after Nigeria signed the African Continental Free Trade Agreement in July 2019.

The Agreement establishes a single market for goods and services across 54 countries, allows for the free movement of business travelers and investments, and creates a unified customs union to streamline trade on the continent.