African Continental Free Trade Area (AfCTA) is widely seen as a crucial driver for economic growth, industrialization and sustainable development in Africa. It opens up business opportunities that cover a gross domestic product (GDP) of $3.4 trillion of the region market and is expected to boost intra-African trade by 52.3% once import duties and non-tariff barriers are eliminated, nevertheless there are many lingering challenges as opportunities.

Gender gap and other concerns that limit effective participation of women in value chains and the investment opportunities available for women in trade were harped on at the annual Business Luncheon and magazine launch of Women’s International Shipping and Trading Association (WISTA) Nigeria in Lagos, last week.

Other challenges identified include low production capacities both in terms of quantity and quality; requirement for rules of origin; limited access to market-driven information; infrastructure challenges including unequal land accessibility; an unfair commercial environment; unfavourable government policy; lack of access to information; and a lack of export competence.

AfCFTA is the largest regional area in the world by the number of countries participating, connecting about 1.3 billion people and also has the potential to lift 30 million people out of extreme poverty.

The agreement requires members to remove tariffs from 90% of goods, allowing free access to commodities, goods, and services across the continent. The United Nations Economic Commission for Africa estimates that the agreement will boost intra-African trade by 52 per cent by 2022.

Speaking at the event, the Hon. Minister of State for Transportation, Sen. Gbemisola Saraki emphasized the need for coordinated capacity development for women to achieve a continuous improvement in career progression and productivity level in the maritime and transport logistics industry.

The Minister, who was represented by the Ministry’s Permanent Secretary, Dr. Magdalene Ajani acknowledged that the United Nations Economic Commission for Africa had noted that women account for 70% of informal cross-border traders in Africa, adding that the focus should be on enhancing technical skills to enable effective participation in the domestic and regional value chains while taking advantage of the opportunities offered by global value chains.

According to her, AfCFTA provides a unique opportunity for countries in the region to competitively integrate into the global economy, reduce poverty, and promote inclusion. She added that the trade facilitation measures in the Trade Agreement would truly provide the desired opportunity for more women traders to access the market and operate through the formal channels, which would equally help eliminate their vulnerability to harassment, or violence that was rampant in the informal sector.

On National Maritime Transport Policy, she revealed that the Ministry of Transportation has embarked on developing an all-encompassing policy that seeks to actualize the implementation of a safe and secure inter-modal transport system in Nigeria and promotes equal participation of women in the maritime industry.

Speaking on her journey into international trade, the founder of Le Look Nigeria Limited, Chief Mrs. Chinwe Ezenwa urges entrepreneurs to train extensively on their various businesses and explore the opportunities for improvement using technology and the possibilities for export.

She cited the African Growth and Opportunity Act (AGOA) as a viable tool to utilize in exporting to the United States of America (USA), noting that the platform has existed for more than a decade yet many businesses are oblivious of the opportunity.

Her words: “Some of you like fashion, but this is also an opportunity for you to export locally made fashion products such as clothes and bags to the USA and Europe. You can utilize AGOA for this. I have tapped into the AGOA platform to export to the USA for years. Most people don’t know about this.

“Your products must meet international standards; hence you must do market research and know what your customers want. Know the rules and regulations of exporting countries. Identify your target market and competitors. Be responsible, train yourself and your members of staff. I trained my staff in China with my retirement money and people were telling me then I don’t know what I’m doing but look at me today, I’m known internationally.”

The former Acting Managing Director of National Inland Waterways Authority (NIWA), Ezenwa added that for entrepreneurs to engage in international trade, they cannot run away from Customs, the Ministry of Trade and Investment and the Nigerian Export Promotion Council (NEPC).

Meanwhile, the Co-champion for Transportation Sector at National Action Committee on AfCTA, Barr. Funmi Folorunsho while presenting a paper on “Instance opportunities in trade” noted that the informal sector accounts for more than 85 per cent of economic activity in Africa and women account for nearly 90 per cent of the labour force in the informal sector.

Funmi, who was the maiden WISTA Nigeria President, stressed that women are important because of the significant transformational impact they hold in the bid to defeat poverty. “Over 70 per cent of cross-border traders, especially those engaged in informal trade, are women,” she stated.

However, she enjoined WISTA Nigeria to create a platform for members intending to enter the Africa Free Trade Area, ensure her members have access to information and training opportunities on trade networks; and also their voices heard in AfCFTA negotiations, policymaking and decision-making.

She urged maritime lawyers to key into AfCFTA and establish their presence as government, state bodies, as well as private companies, will all be looking for legal representation and guidance about AfCFTA’s implementation, compliance and disputes arising under the agreement.

Funmi also noted that the establishment of the Continental Customs Union and implementation of trade facilitation will lead to a reduction in the cost of shipping in Africa and improved efficiency.  She added that Maritime Transportation Services will also see an increase in demand.

Meanwhile, a former Chief Executive Officer of Starz Group, Engr. Greg Ogbeifun noted that AfCFTA is a contemporary issue that is currently being developed and it is important at this early stage Federal government and all stakeholders begin sensitization and position women for regional trade.

While commending WISTA on the success of the event, he said “you can see that people believe that the issue is something worth deliberating. Today’s is a working day, but stakeholders trooped out in numbers, even the Permanent Secretary of the Ministry of Transportation stayed from the opening ceremony to the end.”

The Council of Ministers is designated by state parties and reports to the Assembly. The Council makes the decisions that pertain to the Agreement. The Committee of Senior Trade Officials implements the decisions of the Council and monitors the development of the provisions of the AfCFTA. The Secretariat is established as an autonomous institution whose roles and responsibilities are determined by the Council.

Informal trading can make women vulnerable to harassment and violence. With the reduced tariffs, it will be more affordable for women to trade through formal channels where women traders will not have to put themselves in dangerous situations.

Previous Nigeria And Its Oil Vandalism Industry
Next Ingenious Inimfon 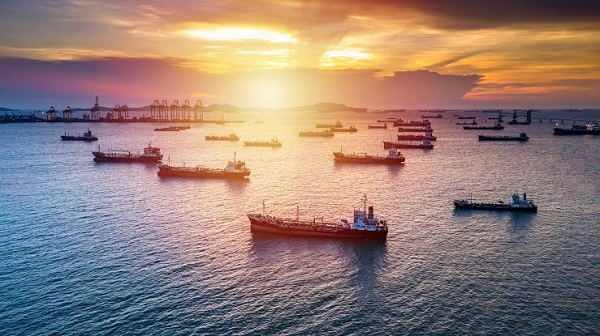