Former UFC middleweight champion, Israel Adesanya, believes that he would have retained his belt against Alex Pereira on Sunday at UFC 281 at the Madison Square Garden if the referee hadn’t called a stoppage when he did.

Adesanya was up on the scorecards three rounds to one, when he slipped in the middle of the octagon. He tried to recover but it was the beginning of the end.

As Adesanya retreated to the fence, Pereira followed and peppered him with punches to the face, stunning him and nearly knocking him unconscious. Referee Marc Goddard ended the fight as Adesanya’s body went limp, though Adesanya protested the stoppage as he attempted to regain his composure.

Pereira (7-1 MMA, 4-0 UFC) defeated Adesanya for the third time when he stopped the then-champion by fifth-round TKO. The loss was Adesanya’s first at middleweight and his first stoppage defeat.

“I was fine. First thing I said to the referee was that I was fine, I was still lucid. But yeah, sh*t happens,” the Nigerian-New Zealander told reporters in the post-fight press conference.

“Well, I talked to my coaches and I trust them. But I was fine, my eyes might have rolled back a little bit but I was lucid.

“My ego would say at least let me go out on my shield but I don’t think I would have gone out because I was still there. He might have gone on to win that round but I would still be champion.”

Adesanya responded positively to talks of a rematch, “Of course, this is my third fight in 10 months. Every time I fight, I risked losing (the belt). I put it on the line because I am not trying to do it just once and this is what happens, but again, dare to be great, and I am.

“Right now, I am just focused on rehydrating and doing the obligations.”

Adesanya doesn’t think a potential rematch would be more challenging than the fight at the Garden.

“No, I know what he can do. He hit my peroneal nerve so that’s where my footwork was compromised. Kudos to him for investing in those calf kicks because it really paid off.

“Like the Wolf of Wall Street, I’m still here, I’m not f*cking leaving. It’s not over.” 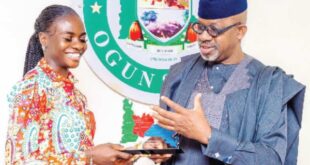 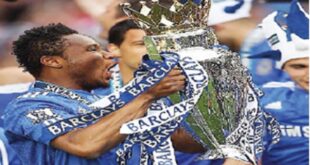