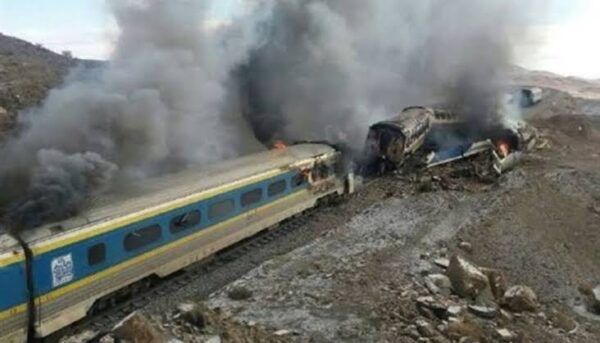 * Railway project actors should be investigated

Being mindful of his limited time of less than ten months to the end of the current regime, but helpless, the Minister of Transportation, Mallam Muazu Sambo, resumed office, last week, managing crisis that may constitute a major distraction for months to his core brief at the Ministry, a development that has elicited concerns from stakeholders who called for an inquest into the management of the Ministry under the immediate past Minister of Transportation, Hon. Rotimi Amaechi.

Sambo’s resumption to duty was ensnared in protest by the families of the victims of the ill-fated Abuja-Kaduna train attack of March 28, 2022. They occupied the Ministry all through the week, demanding the release of their loved ones still held captive by the rampaging bandits that attacked the train.

The Minister who is not obviously pleased at the sight and turn of events trying to derail his mission in transport sector however promised to assist the families secure the release of their abducted loved ones, saying: “The government has not been sleeping from the inquiries I have made. There are some things you do not say in public. Let me resume properly in this office and I promise you, this will be the first thing I am going to tackle by the grace of God.” He further promised to create a Situation Room to keep the families abreast with the efforts to rescue the victims.

Irked by the development, a concerned maritime stakeholder and former head of maritime agency who wish to remain anonymous, asked:” Where were these family members occupying the Ministry when Amaechi was there? Why didn’t the families of the victims occupy the Ministry before the political parties’ primaries? They did not allow the Minister to resume work”

The source added that Amaechi and other key actors in the railway project should be invited to a meeting to brief the people properly on why the railway development was left without security architecture, leading to this kind of carnage and international embarrassment.

“They need to start explaining to Nigerians the security measure put in place before asking trains to start running. He came in the public to say that his colleagues in the Council frustrated his planned Close Circuit Television (CCTV) security project, without an apology to Nigerians for his mismanagement of the ministry. Amaechi needs to apologise to Nigerians for the attack on Abuja-Kaduna train which claimed the lives of some people and others kidnapped still facing torture and trauma. He never showed concern for his leadership lapses that gave room for that incident.

“He said his colleagues frustrated his security plans but the true story is that he assembled inexperienced hands to execute the security contract just like he called doctors and carpenters to provide cargo tracking services for the nation, a move that was also frustrated.

“In fact, the Maritime sector suffered in the hands of Amaechi for seven years. He has no regards for the maritime industry and that is why some of us avoided him all through his tenure. Even Gbemi Saraki said it quite early that Amaechi was drifting towards killing the maritime sector and we thought she was joking. Amaechi shocked the industry with the mismanagement of the Cargo Tracking Note (CTN) contract awards. He killed what the industry needed most! The source added.

In  another development,  Mr. Olabode Agusto, founder, Agusto & Co, a credit rating agency, has advised the Central Bank of Nigeria (CBN) to adopt a “crawling peg” to manage the country’s foreign exchange.

A crawling peg is a system of exchange rate adjustments in which a currency with a fixed exchange rate is allowed to fluctuate within a band of rates.

CBN has often maintained that the parallel market is not the true reflection of the naira.

But Agusto maintained that ordinarily, the naira/dollar exchange rate should be about N602/$1 by the end of 2022 as the difference in inflation between both currencies is 10 percent.

He, therefore, called for a 10 percent annual depreciation against the dollars, saying it was “predictable, businesses and households that are dependent on imports can plan for it”.

Agusto said countries that earn a lot of dollars peg their currencies to the dollars.

“Can Nigeria sell USD at N420/$1 to all those who want to buy? The fact that Nigeria cannot sell led to the development of a parallel market that commands a large premium. At N420/$1, everyone wants to buy USD from the Central Bank of Nigeria (CBN), but no one wants to sell it. This means that a rate of N420/$1 is below equilibrium and is unsustainable. Nigeria has tried several times in the past to peg the NGN to the USD and has failed every time,” he said.

“A second option is to float the currency. This means allowing the forces of demand and supply to determine the rate at which the local currency exchanges for the USD.”

According to him, the floating of currency was not recommended for Nigeria as there would be a lot of exchange rate volatility because of the large difference between the naira inflation and dollar inflation and “the fact that oil revenues, Nigeria’s principal source of USD fluctuate wildly”.

He, however, said adopting a crawling peg was the way to go for the country.

“This means that a country starts at a near market LCY/USD exchange rate and then allows its currency to depreciate (or appreciate) against the USD by close to the difference in annual inflation. This is the option we recommend for Nigeria. Today, this means starting at NGN/USD exchange rate of around N600/$1 and then allowing the currency to depreciate by around 10% per year,” he added.

“It also means allowing willing buyers to do business with willing sellers at contracted rates. The CBN may intervene in the market when rates are significantly higher or lower than its target. “Kenya and Botswana have successfully managed their exchange rates for a number of years using this option.”

According to him, the disadvantages include reduced ‘naira amount’ of oil revenue to the federation account, low import duty for importers as well as subsidised exports for exporters.

He added that it would also make imports cheaper than locally produced goods.

“Economists say three things cause inflation — too much money in circulation, the rising cost of inputs, and too much demand relative to supply,” he said.

“The money in circulation does not cause inflation as CBN controls the money supply through cash reserves taken out of bank deposits.”

He recommended that the country control its population growth to manage its long-term inflation downwards and reduce the annual rate of naira depreciation.

Agusto said a lasting solution would be controlling the rate of unemployment.

Previous Waiting For Nigeria Air, The 8th Wonder Of The World
Next Sahara Group canvasses seamless energy transition in Africa