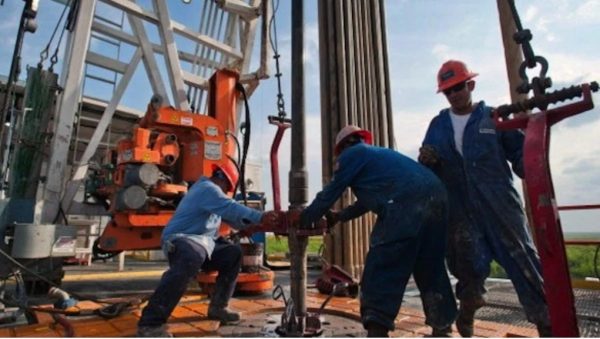 For decades, the illicit marketplace for oil and gas has plagued the energy industry. Around the world, rising energy and oil prices have been driving a rise in fuel smuggling. Just a few years ago, fuel smuggling from Colombia to Venezuela across the porous border became rampant, reversing decades of contraband flow of cheap Venezuelan oil thanks to acute fuel shortages in Venezuela and high oil prices. On the global scene, the UN estimates oil theft at 5-7 per cent of the global market at for crude oil and petroleum fuels, which works out to US$133 billion per year.

But oil theft in Africa’s biggest oil producer has reached such epic proportions that it has become an existential threat.

Nigerian National Petroleum Company Limited (NNPCGROUP) CEO Melee Kyari has revealed that Nigeria is losing nearly all the oil output at oil hub Bonny, the town after which its premium oil grade Bonny Light is named.

Bonny Light is a light-sweet crude oil grade produced in Nigeria, and an important benchmark crude for all West African crude production.

Bonny Light has particularly good gasoline yields, which has made it a popular crude for U.S. refiners, particularly on the U.S. East Coast.

“As you may be aware, because of the very unfortunate acts of vandals along our major pipelines from Atlas Cove all the way to Ibadan, and all others connecting all the 37 depots that we have across the country, none of them can take delivery of products today. The reason is very simple. For some of the lines, for instance, from Warri to Benin, we haven’t operated for 15 years. Every molecule of product that we put gets lost. Do you remember the sad fire incident close to Sapele that killed so many people? We had to shut it down, and as we speak, we have a high level of losses on our product pipeline,” he said.

Kyari has alleged that stolen crude oil products are now stored in places of worship such as churches and mosques.

Although the figures are usually estimates, the NNPCL and the ministry of petroleum have variously put the total quantity of barrels stolen at between 200,000 to 400,000 per day.

Those are enormous figures considering that Nigeria only managed to produce 1.083 million b/d in the month of July, way below its OPEC quota of 1.8 million b/d.

With a barrel of Bonny light currently changing hands at $117.60, Nigeria is  losing billions of dollars every year to oil theft. Back in June, NNPC revealed that it had lost $1B from oil theft in the first quarter of 2022 alone, with Shell Plc. subsidiaries in the country claiming that illegal seizures now pose an existential threat to the entire market.
Oil smuggling has become a particular menace in several developing nations, as armed groups siphon oil for resale. Oil smuggling costs Libya an esrimated $750 million per year, good for 3 per cent of its GDP.

Mustafa Sanalla, the head of the country’s National Oil Corporation, has called on the European Union naval mission to help stop oil smuggling by seizing their ships in the Mediterranean, and urged Libya to reform massive subsidies that allow fuel to be sold for as little as 2-3 U.S. cents per liter.

Meanwhile, Latin America has for long been a hot spot for this illicit activity, with oil theft increasing sharply in recent times driven by high oil prices.

Criminal syndicates associated with powerful drug trafficking cartels have frequently targeted state-controlled Pemex’s pipelines to steal crude oil and derivative products. The problem has become so entrenched that by the time President Andrés Manuel López Obrador took office in 2018, the country was losing a whopping 80,000 barrels of more of petroleum and derivative products per day to oil thieves.

But it’s not just individual traders and cartels that are using crypto in illegal oil deals. Back in 2018, the Venezuelan government launched a cryptocurrency dubbed “Petro” that was backed by oil in a bid to circumvent U.S. and international sanctions. The Petro was linked to Venezuelan crude, commodifying token purchases with one barrel of oil.

At first glance, this seemed like a perfect niche for capital generation considering that Venezuela is home to the largest proven oil reserves in the world. However, Petro failed to gain traction largely due to its lack of utility as well as its placement away from mainstream trading websites. Consequently, the region’s oil dealers were forced to shift to traditional cryptocurrencies like bitcoin, thus facilitating a thriving black market along the Colombian border.

The very nature of cryptocurrency transactions–encrypted, anonymous and decentralized–makes them the new currency of choice on the oil and gas black market. For ‘independent’ smugglers and rogue nations alike, the rising trend of illicit sales of oil and gas using cryptocurrency is adding to the extreme volatility of energy markets.

Cryptocurrency has been providing a useful alternative to traditional forms of black-market trade thanks to widespread acceptance. Further, the digital currencies come with a host of features that make them attractive to oil smugglers: they are easily transferred, invested, fungible, and secure.

Previous BEARS: When Police Is Not Your Friend
Next Gulf Of Guinea: NIMASA Makes Statement, Jails 23 Pirates