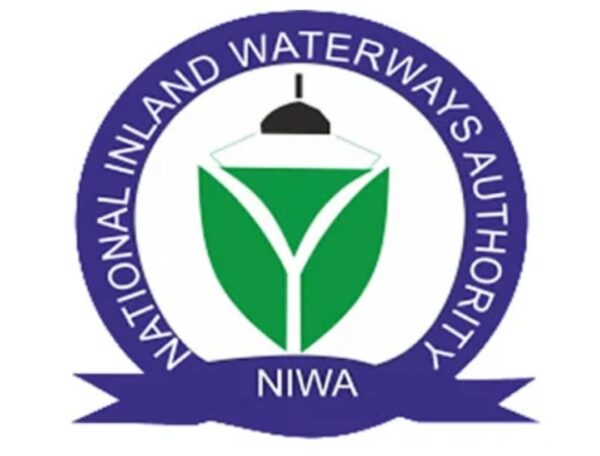 The Federal Government has said that at least 65 per cent of cargoes coming into Nigeria through the Lagos port end up in the South-East, especially Onitsha and Aba, in Anambra and Abia states, respectively.

Managing Director of the National Inland Waterways Authority, Dr George Moghalu, disclosed this at the 52nd Session of the State House Briefing organised by the Presidential Communications Team at the State House, Abuja.

Moghalu, who was providing key updates on the agency’s activities, noted that the current road network infrastructure could not withstand the sheer volume of traffic required to move cargo from the South-East to other parts of the country.

He said this necessitated recent efforts by NIWA to provide water inroads to the northern part of the country, including plans to open up Lake Chad.

According to him, the security challenges in the Lake Chad region had lessened, noting that NIWA would collaborate with the Nigerian Navy to reopen the route to connect Nigeria to other African countries.

The MD added that an alternative such as water transportation would scale down the weight of industrial trucks on the roads and generate government revenue.

“On the commencement of cargo movement to Onitsha, everything is in place. But this point must be made clear that the person who determines the movement of cargo is the owner of the cargo. And we have been engaging both the chamber of commerce and the importers’ associations because unless they have their buy-in, they can’t move their cargoes by water. So, the moment we get their total buy-in, I’m sure they will start moving their cargo.

“We are now encouraged to face the Lagos axis because a good number of the consignments come through the Lagos axis. And how is it going to ease the congestion? As I said, 60 to 65 per cent of the cargo that comes into this country ends up in the southeast, either Onitsha or Aba.

“If we can make that route viable, we will reduce the pressure from our roads and save our road infrastructure because they’re not designed to carry the weight they are carrying. By the time you remove that volume of cargo from the Lagos port, the port will be congested,” he argued.

Moghalu also lamented the menace of floating debris in vital waterways. He said the authority spent fortunes annually to rid the waterways of non-biodegradable wastes such as plastic and rubber.

He was silent on the specific amount NIWA had spent clearing the waterways.

“We need to get our people to understand how to manage our wastes. It is a problem. Year in and year out, NIWA spends money moving out floating debris on our waterways. Most of the floating debris is rubber and bottled water. We keep throwing them, and they all end in waterways.

He added that NIWA was working with state governments and the media to enlighten the public about proper waste disposal.

Moghalu also revealed that a survey and talks were underway to open up Lake Chad as an inland water gateway to other African countries.

He further revealed that the FG was finalising an agreement to secure a South Africa-sourced technology for monitoring and securing the nation’s Inland waterways.

According to Moghalu, the new piece of technology would enable NIWA to monitor the movement of vessels anywhere in the waterways.