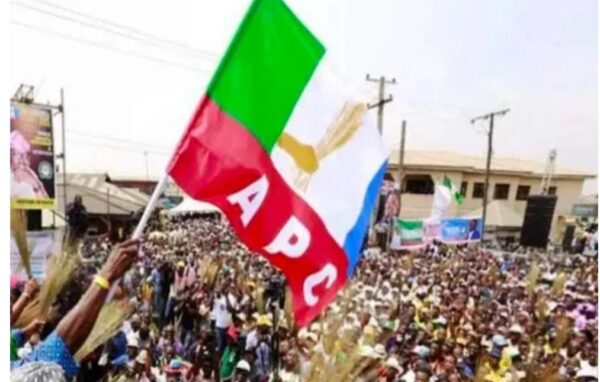 ·  Political appointees could be disqualified – Anishere

Nigeria’s upcoming presidential election is spiked with legal complexities and skewed to displace the All Progressives Congress (APC) if the Section 84 of the Electoral law remains unchanged before the elections.

Although President Muhammadu Buhari directed that the problematic section of the Act be deleted, the process of removing the segment of the Act may not be attained before the polls and several legislators, the President and other political bigwigs covertly see the provision as technical knock-out for some high-profile aspirants even in APC.

The specific Section 84 (12) stipulates that “No political appointee at any level shall be a voting delegate or be voted for at the Convention or Congress of any political party for the purpose of the nomination of candidates for any election.”

Political analysts and legal experts have also described the President’s decision to pass the Electoral Act without expunging the affected areas as a gimmick that could displace interested Ministers and heads of parastatals even if they successfully win the elections next year.

The contest is a two-way battle between the APC and Peoples Democratic Party (PDP), but the underlying politicking indicates that the Northern focus tilts towards retaining the presidential seat in 2023 or in 2027, irrespective of the party.

With almost one-third of APC’s current presidential aspirants still serving in various portfolios as political appointees, experts have labeled their N100 million tickets as donations to the party.

In a bid to get legal interpretation and clarification on the Section 84 (12) of the Electoral law, MMS Plus newspaper contacted a Senior Advocate of Nigeria and Principal Partner, Jean-Chiazor and Partners, Mrs. Jean-Chiazor Anishere, who said current political office holders will be disqualified even if they win the polls in 2023.

Her words: “This is where lawyers will make money. If the opponents bring up this issue in court after the political office holder wins whatever position the public servant goes for, that candidate will be disqualified. So, it’s better for the contestants who are currently holding public offices to follow the rules.”

Amid these controversies, the Independent National Electoral Commission (INEC), on Thursday last week, warned political parties that the June 3rd deadline to pick candidates for the 2023 elections remains sacrosanct.

INEC National Commissioner and Chairman, Information and Voter Education, Festus Okoye, in the press statement reminded parties they have less than one month to conclude their primaries.

Okoye stressed that the press statement was in compliance with Section 82(1) of the Electoral Act 2022, even as he noted that all 18 political parties have served required notices indicating dates for their conventions, congresses and primaries to the commission.

With permutations that the APC Presidential candidate could be decided by consensus at the party’s primary poll slated for May 30, 31 and June 1, 2022; sources at the party’s national secretariat in Abuja who confirmed that APC top shots were prevailing on some presidential aspirants to step down to allow room for consensus.

A controversial Form 18 ‘Letter of Withdrawal’ attached to the Expression of Interest and Nomination forms sold to aspirants to fill and submit along with other forms and their credentials submitted to the APC National Chairman, Senator Abdullahi Adamu.

With APC and PDP unwilling to zone the presidency, allegations have emerged that APC extended the sale of its expression of interest and nomination forms for various categories of aspirants ahead of its primaries by four days to gain more time to initiate the process that would usher in former President Goodluck Jonathan into the party.

It is believed that Goodluck Jonathan has better goodwill across the nation than the other southern aspirants at the party even as Northern elites also see the option as a masterstroke to return a Northern president four years after Jonathan’s tenure.

Meanwhile, analysts have expressed worry that the President could have expunged the conflicting clauses in the Electoral Act before appending his signature if he truly wasn’t in support of the clause.

While a Federal High Court in Umuahia, Abia State, had on March 18, nullified Section 84(12) of the Electoral Act but the matter has been dragged to the Court of Appeal which ordered the Attorney General of the Federation and others to desist from taking steps capable of frustrating hearing in an appeal filed against the judgment of the High Court in Umuahia.

The appellate court granted a nod to the Peoples Democratic Party to join as a person interested in an appeal against the High Court judgment. In an enrolment of order of the Court of Appeal signed by the Presiding Justice of the court, Justice Rita Noshakhare Pemu, the leave granted the PDP to file an appeal was occasioned by submissions of its counsel, D.C Denwigwe, a Senior Advocate of Nigeria.

According to a counter affidavit filed at the Federal High Court at the instance of the Attorney General of the Federation and Minister of Justice, Abubakar Malami, the AGF explained that the President on February 25, 2022, gave proper, full and unconditional assent to the amended Electoral Act.

“The first defendant (President Buhari) assented to the Electoral Bill but did not give conditions or directives to the National Assembly in the manner erroneously deposed to by the plaintiff (PDP). At no time did the first defendant give any directive to the management or leadership of the National Assembly as regards the removal of section 84 (12) of the Electoral Act 2022 from the Act.”

“On March 8, 2022, first defendant officially wrote the Senate President and House of Representatives Speaker to express his concerns about Section 84 (12) of the Electoral Act and formally requested for amendment to be effected on the section so as to eliminate area of infraction with the Constitution. I am aware that the National Assembly neither accepted nor acted on the opinion or suggestion of President Buhari,” the document read.

Meanwhile, a veteran maritime lawyer, Barr. Emmanuel Nwagbara lamented that the conflict surrounding Section 84 of the Electoral Act sets a bad precedent of selfishness by political actors in the country.

“If political office holders are already purchasing forms and we see only on social media their withdrawal forms, it means these political office holders are simply raising funds for the political party. What we see playing out with the Section 84 conflict is as a means to achieve a desired goal because those purchasing forms don’t seem to be interested in contesting for any position but they are simply contributing to the fund of APC to enhance the party’s campaign in 2023”

“The future of Nigeria based on equity and transparency should be considered. Politicians of today shouldn’t forget that power is transient. We shouldn’t create situations just to suit desires for today with considerations on a future which thrives on justice and equity,” he said.

Nwagbara asserted that the APC should play decent politics for opponents to emulate.

“I’m not a constitutional lawyer but I’m deeply concerned about the political developments in Nigeria. Of course, I have to be interested in the sustainability of the nation where I successfully practice maritime law. I practice maritime law because I believe in this country. What is happening with the manipulation of the Electoral Act is sad and my advice to all political actors is that they remember that this nation will outlive them and they must bequeath to their children a country they will be proud of,” he stressed.

Also speaking, a former Director General of the Lagos Chamber of Commerce and Industry (LCCI), Dr. Muda Yusuf described the rapid sale of presidential tickets by APC as an approach to raise money.

“The Electoral Act is the law guiding elections and all Nigerians have a responsibility to abide by the law. Those who aren’t happy with the law can raise concerns via the National Assembly to amend the law. Nevertheless, once something emerges as a law people will have to abide by it. If those who ought to resign failed to do so within the time-frame, they will likely be disqualified by their parties or INEC.”

“I don’t see how such individuals will make it through the screening for primaries. Perhaps, they succeed at party primaries; INEC also has the onus to screen out such individuals. The party wouldn’t say no to anyone because they need the money but purchasing the tickets doesn’t mean they wouldn’t be screened out,” he said.