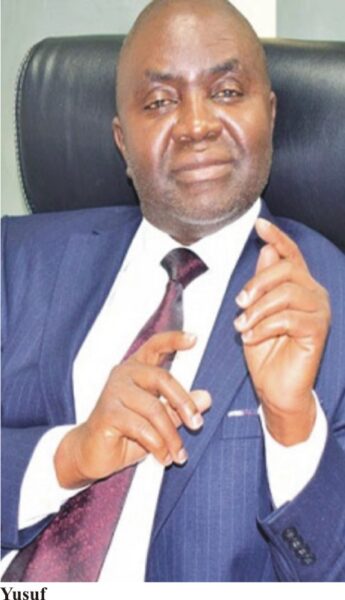 Dr.Muda Yusuf, an astute economist of repute,is the Chief Executive Officer (CEO) of Center for the Promotion of Private Enterprises( CPPE), and also the immediate past Director General of Lagos Chamber of Commerce and Industry,(LCCI).

In this interview with MMSPlus, Dr Muda expresses  his considered views on the 2023 Appropriation Bill ,now before the National Assembly, pointing out the ominous signs that the budget might run into troubled waters if some crucial issues are not addressed. An economy where expenditure continues to rise against consistent weak revenue  performance, calls for concern.

The budget ,which is tagged, Budget of Transition, because this is the last time the present administration would lay a budget before the National Assembly,as the tenure of President Muhammadu Buhari would expire on 29 May 2022.

What kind of economy would the incoming administration inherit,given the fact that the projected budget  for 2023 is N 20.51trilion,while the nation’s total debt stock is over N42.8trillion?

Dr Muda spoke extensively and incisively on the 2023 national budget.Find out  his verdict on the budget,and what should be done avoid economic woes in 2023..He spoke with Frank Odinukaeze.

The 2023 appropriation bill is before the House, meanwhile,experts have picked holes in the bill.They argue that we only have N14.21 trillion  to spend for 2023 out of the N 20.51trn.,proposed for the 2023 budget. This is because,when you deduct the proposed N6.3 trn interest payments  from the overall spending plan,we do not have  a N20.51trn spending plan on the table ,but N,14.21trn. What is your view on this ,and how would this impact on the 2023 budget?

The 2023 Federal Government budget has further amplified the troubling fiscal outlook for the economy.  Expenditure continues to accelerate amid consistent weak revenue performance.

We have a budget of 20.51 trillion naira and revenue projection of 9.73 trillion naira. This is a deficit of 10.78 trillion.  In all probability, the deficit will be much bigger by year end because of the track record of revenue under performance over the last couple of years.

We are also likely to see an acceleration of CBN financing of fiscal deficit given the revenue performance trajectory. The public debt stock is growing and currently at 42 trillion naira.

What are the measures to be taken to address these issues going forward?

A number of issues need to be addressed to achieve our fiscal sustainability aspiration.

Government owned enterprises managing huge economic assets need to justify the value of assets at their disposal.  Returns on investment( ROI) on those assets have been consistently sub-optimal for many years.  These include government enterprises in maritime, and oil and gas, for example.  It is instructive that some reforms are ongoing at the NNPC.

Oil revenue performance   should be much better given the prevailing global oil price.  Lapses in the petroleum upstream ecosystem needs to be urgently addressed.  This includes the impunity of crude oil theft and vandalism of oil facilities.

There is a need for budget reforms. The budgetary appropriations must reflect urgent national economic priorities. There are also concerns about value for money and other forms of fiscal leakages. The Auditor General of the federation had severally raised these concerns.

We agree with the President that funding of tertiary education cannot be adequately and sustainably supported exclusively from government budget.   New funding models need to be urgently explored for adequacy and sustainable funding.  Current budgetary provisions need to be augmented from new innovative funding windows.

As a budget of transition ,what should be the focus of the  incoming administration?

We note that this budget is a Budget of Transition. However, the incoming administration would have to grapple with profound fiscal headwinds given the ominous fiscal outlook for 2023. As the  campaigns progress, it is important for politicians

to manage expectations.  Tough policy choices will have to be made to reset the economy. 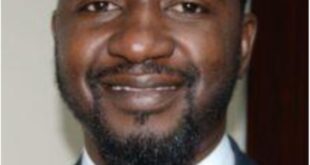 Mr.Usman Shuaibu is the immediate past National Chairman of Young Ship Nigeria,an Association of young …