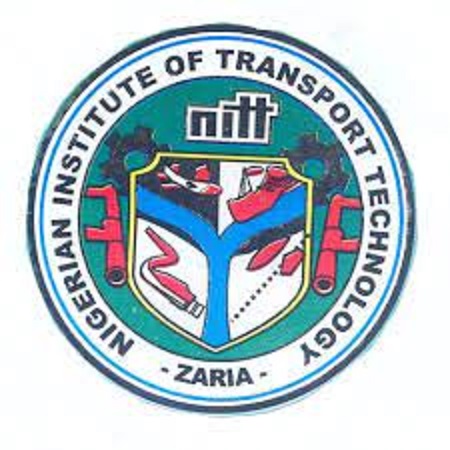 N1.92illion is being spent on Construction and Equipping Driver Development and Training Centres in Six Geopolitical Zones; N155million for Equipping Laboratories of the Transport Technology Centre (TTC) and another N300million for Supply and Installation of Laboratory and Mechanical Equipments for TTC Phase II.

The Institute’s total budget allocation for 2021 at N22.2billion is N10billion more than the combined allocations for National Inland Waterways Authority (NIWA) – N7billion, Maritime Academy of Nigeria (MAN) Oron – N2billion and the Council for the Regulation of Freight Forwarding in Nigeria (CRFFN) – N3.4billion.

Speaking with our correspondent last week, the Public Relations Officer (PRO) Mr. Paul Mshelizah confirmed that most of the learning centres have already been constructed such as Lagos in Ilupeju, Kano, Abuja, Ekiti, Benue, among others.

The transport learning Institute also has over N1billion budgetary provision in its budget for the Development and Commencement of a National Transport Databank, Infrastructure and Programmes; but Human Capital Development with gulp N450million.

NITT spokesman told our correspondent that the databank innovation would add value to the nation’s entire transportation sector by providing a valuable template and data for the sector.

Other aspects of the institute’s 2021 budgetary provisions sighted by MMS Plus include; Entrepreneurship Training, Provision of Equipment, Set Up and Empowerment for 500 Young Men and Women in Lagos Communities Ongoing at N180million, Supply of Motorcycles, Grinding Machines and Tricycles to Youths and Women in Kaduna State cost N250million; Renovation of School Blocks in Nkum, Ekajuk, Ukelle and Okpoma in Cross River State at N250million.

N400million will be expended in Construction and Equipping of Intelligence Transport Systems Centre; Visibility Improvement and Innovation of New Products at NITT costs N32million; Special Training and Empowerment on Transport and Logistics in 12 Senatorial Districts and 40 Federal Constituencies with cost N3.2billion.

Basic Computer Training for Youth in Ikeja Federal Constituency ongoing at N20million; Upgrading and Expansion of NITT Bursary Department To A 1-Storey Building ongoing at N35million; Construction and Equipping of Office Block for Consultancy Services Department at N55million.

Perimeter Fencing for Newly Acquired 50 Hectares Land will cost N100million; Remodeling of Existing Administrative Building budgeted for N250million; Installation of CommunicationFacilities in Zaria and Other Outreach Centres at N50million.

N100million was budgeted for provision of furniture for classrooms, offices, lecture/theatre hall and workshop which is currently ongoing; N45million to provide Internet facilities and e-library development for the institute,

New projects for NITT includes, N50million  to build gardens and parks development, landscaping and upgrading of lightening system, N3.7million for construction of 4 blocks of classroom, laboratories and twin lecture theatre and auditorium, N47, 80,235 for construction and equipping ICT block, N30million to Transport Technology Development and Harnessing of Innovative Talents,

N150million for Farmland Development for Jetropha and other plants for Bio-fuel research, while Construction of Mechanisms and Equipment Workshop cost N250million. NITT has N100million for Rehabilitation of the institute’s infrastructure and general supplies for the hosting of RIGAN 2021 games and N305million for settlement of contract debts.

Completion and Furnishings of Participants Hostel Phase 11 was budgeted for N50million, while N50million was also budgeted for the Rehabilitation/Repairs of Buildings, Vehicles and Equipments in the institute and N206, 666,654 to Construct , Complete and Equip DG/CE’s office and board room in Zaria.

Insurance of Locomotives and Rolling Stocks ongoing at N250million; Rehabilitation of Railway Track Sidings, Loop Lines and Level Crossings From Lagos to Kano and Construction of New Branch Line Link from KM896 of the Existing NG Rail Line to the 215 MW Power Plant At Kudenda, Kaduna ongoing at N1.5billion.

Track Rehabilitation from Makurdi to Jos to Kafanchan To Kaduna Junction ongoing at N2billion; Procurement of Workshop Equipment and Rolling Stocks ongoing at N2.08billion; Rehabilitation of Narrow Gauge Track from Minna to Barrow with extension to the Baro River Port ongoing at N8billion.

Rehabilitation of Railway Track Sidings (Funtua) at N305million, Procurement of Track Materials at N1billion; Design, Manufacture, Supply, Test and Commissioning of Railway Crane of 150 Tons Capacity for Emergency and Recovery of Rolling Stocks on Standard Gauge at N1.8billion.

In another development, a former Managing Director of the defunct Diamond Bank, Mr. Alex Otti, has said the cost of governance in Nigeria is too high and unsustainable.

He made the call last week, in a paper titled ‘Massive government, miserable populace: Cost of governance as economic growth decelerator’, presented at the 10th anniversary lecture of Adeleke University, Ede, Osun State.

Otti noted in the paper obtained by our correspondent on Wednesday that the government spent over 70 per cent of the budget on recurrent expenditure and less than 30 per cent on capital expenditure.

According to him, the cost of governance is a drain on the nation’s scare resources as well as unsustainable given the country’s economic predicament, lamenting that the country’s brand of democracy was more expensive than even the countries it was copied from.

Otti pointed out that Nigerian senators earned about $450,000 per annum, over two and half times the $174,000 per annum that their counterparts earned in the United States of America.

He said, “From information available to the public, our federal legislators are amongst the highest paid in the world. Specifically, a study shows that they are the second to the highest earning worldwide. Meanwhile, there are three senators per state and one for Abuja, totalling 109. The 109 senators have a combined staff of 829 aides on payroll and a retinue of support staff who are also paid by the National Assembly.”

Otti also noted that the average House of Representative member in Nigeria earned $224,000 more than their counterpart in the United States, adding that the Presidency gulped a large chunk of annual revenue as well.

According to him, the budget allocations to the National Assembly, between N125bn and N150bn annually, are over 15 per cent of the annual combined budgets for education and health for 200 million Nigerians.

He said, “Looking at our peculiar circumstances, where close to half of our population lives in poverty and in the face of the pandemic that has grounded the world economy, ours included, this amount becomes an issue that deserves closer scrutiny and calls for immediate redress.

“Furthermore, spending on social services and infrastructure, which affects most of the people, continues to decline, while that of the legislators remains at a high level. While the number of legislators remains steady at 469, the general population of Nigeria keeps growing and about six Nigerians drop into poverty every minute. We advocate drastic reductionist actions to control costs and be able to carry out the required spending on critical infrastructure for the populace to grow and also enhance internally generated revenue.”

He also urged that the Presidency be cut down by about 40 percent, using the same logic introduced by the Oronsaye report and for the National Assembly to be reduced to 117 people. 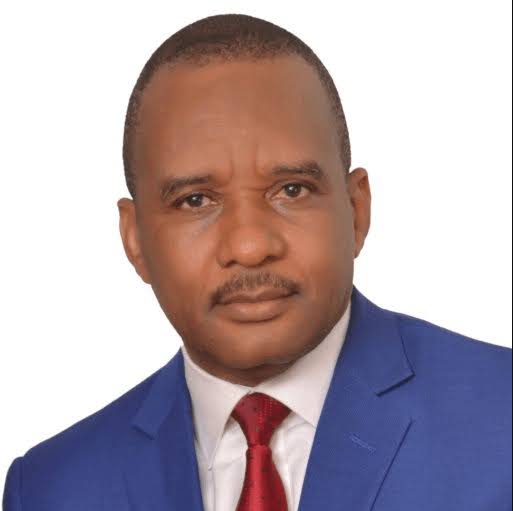 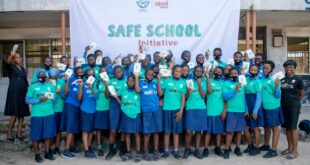