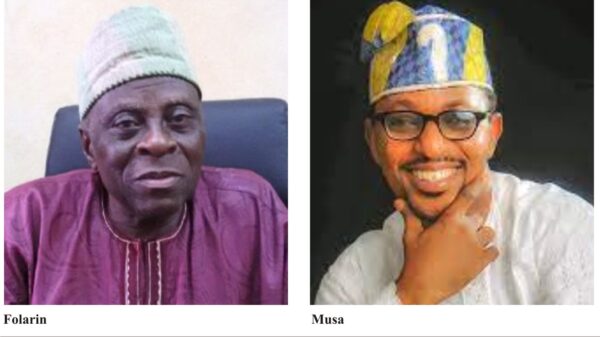 In 2006 when the government of Olusegun Obasanjo and Atiku Abubakar set out to deconstruct the trajectory of the maritime industry, alter the port business narrative and dismantle the barriers and potholes that hitherto slowed  down port operations and service delivery, Nigerians and indeed stakeholders hailed the move as the best thing to have happened to the industry, albeit, not knowing the manner of “change” that was to come through the process as was told Nigerians in 2015 elections.

A change that will catapult the nation to the “next level”as we all are witnessing today.

However, 17 years after, opinions are divided among stakeholders as whether concession has been a success or failure. Concession agreement has been defined by experts as a contract that gives a company the right to operate a specific business within a government’s jurisdiction or on another firm’s property, subject to particular terms. In other words, concession agreement often involve contracts between the non governmental owner of a facility and concession owner or concessionaire. The agreement grants the concessionaire exclusive rights to operate their business in their facility for stated time and under specified conditions.

The concession of the port was done in consideration of the immense benefits that would accrue from the process. Prior to concession, the state of the port was fraught with issues such as poor service delivery, inadequate infrastructure, high cost of doing business, delay in clearing goods, so much wharf rats and poor turnaround time of vessels, among others.

Therefore the objectives of the concession was to address all these issues that made the port operation uncompetitive as obtained elsewhere. Some of the objectives include reduction in the cost  of doing business, effective service delivery, provision of infrastructure and removal of barriers against trade facilitation, provision of 24/7 port operation and accessible port corridors to mention but a few.

The issues of concession should not be looked at  in segments but should be viewed holistically to determine its success or failure.

In the area of infrastructure, it can be argued that not much have been done either by the terminal operators or the government represented by NPA. However, when we consider the state of infrastructure in the ports before concession and now, some hold that there is relative improvement.

According to the Chairman, Nigerian Ports Consultative Council (NPCC) Chief Otunba Kunle Folarin, “if you are talking of concession, it affects only cargo handling operators and terminal operators”. There are several other issues he argues that “affects the port competitiveness and ports being able to meet the challenges of a port”.

“We have customs with the scanning issues ,they refuse to use the scanning machines. You have the certification agencies such as NAFDAC, SON, who are also intervening in cargo processes. They all also contribute to the failure or success of concession” he stated.

He looked at the issue of harbor services which is pilotage and towage, and wondered whether they have lived up to expectation.

“it is only when the ship goes to the terminal it will work. And it is the work of the concessionaire to receive cargo and deliver cargo. How is harbour services delivery? This is NPA problem.” he said.

He slammed the Customs for slow process of releasing cargo “How is Customs with cargo release? Are they releasing, are they examining cargo when it is due?” he said.

Otunba took a swipe on the clearing agents and the shipping companies stressing that the performance level, false declaration and manipulative tendencies of the agents are some of the issues on whether concession is a failure or success. To him, concession is a collective effort, it is the pool of the actions and inactions of all the players that make up the concession.

“concession is not only the terminal operators, it is only when customs do their work that terminal operator can deliver under concession. Nobody can deliver cargo without Customs’ release. And Customs will not release without examination. And they cannot do examination physically for two million containers without using scanners. Now the question is how are they using scanners? Have they installed scanners in every port in Nigeria?” he said.

Dr. Segun Musa, Managing Director, Widescope Group, and former Chairman, NAGAFF, MMA Chapter argued that the essence of concession is to improve the output, facilitate trade and extend more enabling environment for businesses within the port environment. He submitted that concession has achieved much less contrary to the great expectation of stakeholders. “If I’m to score the achievement so  far I can only take below 20%. Government sees the port more like a warehouse where consignments are kept and can be exhumed out when they are satisfied. Whereas in other climes where we have bigger ports than ours, but despite that when cargoes enter into overtime, government tries to push it out of the port so as to create room for other imports and exports activities” he said.

Hear him “The whole port around the world is becoming automated, where you can sit within the confines or comfort of your home and you would do your transaction without going to the port and you clear your card. All you do is give your driver a code to go and pick your cargo. But in this part of the world, we continue to adopt that stone age approach and that is why the essence of port concession is defeated. We have so many cargo lying down in the ports and nobody is coming forward to claim them”.

Dr. Musa said the totality of the actions within the port should be used to measure the performance of the concession.

“So, to me, we should not be looking at only the port alone but also all the activities within the port, how far they have enhanced the essence of privatization. It has not actually met the expectation because a lot still has to be done for us to meet the true essence of the regulation of the privatization exercise” he concluded.

Observers have continued to look at the success or failure of concession with all the myriads of problem in the industry raging from high tariff, insecurity, inaccessible port corridors, poor service delivery, high cost of doing business, delay and poor infrastructure and frequent imposition of levies like the 15% NAC levy and the re-introduction of VIN-Valuation as a major setback of concession. To this school of thought, concession is far from being a success.

However, there are others who feel strongly that concession has been a blessing to the nation and the maritime industry. They argue that pre-concession state of the ports cannot be compared to this present..

To give credence to the fact  that the Nigerian concession model meets international standard and the concession project is doing well,a team from of experts from World bank recently paid a working visit to the Nigerian Ports Authority (NPA) Head Office in marina Lagos. This visit is a clear indication that concession has been a success.

One of  those who believes that concession is a high success is Chief Otunba Folarin. According to him “concession is a success. Before the terminal operators came, how many days does it take to deliver cargo? Three weeks, four weeks in NPA terminals. What were the port charges under NPA? So many issues have been solved by the terminal operators, let’s face it.  They have their own shortcomings, but we have to look at pre-concession era. As far as I’m concerned it has been a success” he said.

Previous OVERVIEW OF IMPORT AND EXPORT PROCEDURES IN NIGERIA
Next FIFTH COLUMNISTS AND A SUCCESSION AGENDA IN THE NIGERIA CUSTOMS SERVICE; HOW NOT TO ASPIRE FOR POWER